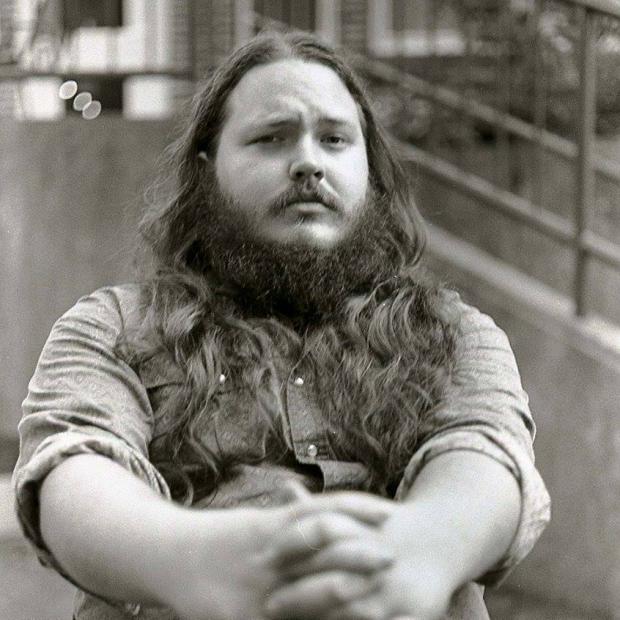 FIve years ago, Tyler Westcott moved to Buffalo from Hunt, New York. He quickly immersed himself in the folk and Americana music here—though he doesn’t prefer the word “Americana,” because it’s too vague—and set his eyes on throwing a big, fun, party that would bring musicians, artists, and burlesque dancers together in one room. The party, dubbed Brassband, Dixieland, Americana, & Burlesque, quickly became a yearly tradition, and this year marks the fifth edition of the event, which will take place this Saturday, January  27 at Mohawk Place and features his band, Folkfaces, as well as the 12/8 Path Band, Fredtown Stompers, the Buffalo Brass Machine, and the Stripteasers. This week we spoke with Westcott about why this show is so special to him, how all of these genres relate, and why he loves old-time music so much.

Tell me about the origin of Brassband, Dixieland, Americana & Burlesque.

Five years ago I moved to Buffalo. I was really inspired by all of the bands that have horn sections, and there’s always been a good jazz scene in Buffalo—12/8 Path Band and Fredtown Stompers—and I just wanted to get everyone together and do a big horny blowout. I went and saw the Stripteasers, too, a couple times, and I thought it would be fun to get everyone together in the same room and have a wild party like that. Traditionally burlesque is done to a live band. I wanted to have a party and have it themed to old-timey music, but not necessarily a retro party.

You’re in Folkfaces, but you’re also in a few other bands. Why did you decide to go with Folkfaces for this show?

We fit into the Americana genre more or less than my other bands. We do play some songs from the Dixieland world. I’m not super comfortable with the word Americana. It’s kind of a vague word that skirts around a lot of things. I wanted to have a variety show and have a party and have my band play it, too.

How do these different genres and art forms relate for you?

The one factor is all the bands have horns. I don’t know if any of us are traditionally one thing, per se. With a brass band there’s elements of a marching band—there’s the tuba and sousaphone, you’ve got marching drums and trumpets and trombones. In New Orleans they have parades all the time. You can have a parade, you just have to rent the street, pretty much. Dixieland was kind of more of an audience thing, but it was a lot of similar music. It was a little more vaudeville. And then Americana, like I said, is a vague term. I think most music came out of old-timey jazz music. There’s roots there in most current music. Blues and jazz—the fingerprints are everywhere. The brass band is a primal take on it, and the Dixieland is a little more put-together. The Americana thing is just taking a little bit of everything.

The whole thing is a food and clothes drive for Friends of the Night People, too. What does it mean to you to have that aspect of the show?

It means that I had such a damn good time the first couple years, that I felt guilty and had to have it be for the benefit of something besides myself. I think it was the third year that we started doing that. I can’t have this much fun and get away with it. It makes a lot of sense, too, because it’s a great incentive to pay less money for admission. People really do bring stuff if they can save $5 and help people out, too. It gets cold in the winter months out here in Buffalo and Friends of Night People is serving meals every day.

So you’d say this is a pretty special show for you each year?

Oh, for sure. It’s my baby and this is number five, so it’s half a decade of Brassband, Dixieland, Americana, and Burlesque. It’s something I kind of put together on a whim five years ago and the turnout was great. It’s always so much fun. I remember one year the Knife, the big snowstorm, there were all these travel bans, and the travel bans got lifted the day of the show, so everybody was pretty stir crazy—that’s when people were like stuck in their houses in South Buffalo and stuff. But everyone came out to the show that night and it was a wild time. Everybody needed it. I always invite artists to come and sell their stuff, too. It’s a fun way to get a cross-section of people together who don’t always hang out. Burlesque dancers, musicians, and artists all in the same place. I’ve always been inspired by all of the creative people in Buffalo and everything they do, and this is my way of getting everybody in the same room, and trying to give back, because I feel guilty having so much fun doing it.

What’s the appeal of old-time music to you?

I kinda got into punk music for a long time. I think I liked the revolt of it. IWW songs, Wobbly songs that you’d sing on the picket lines with coal miners while they were striking. Pete Seeger and Woody Guthrie would use music to fight. It’s very believable music. There’s nothing fake about it.