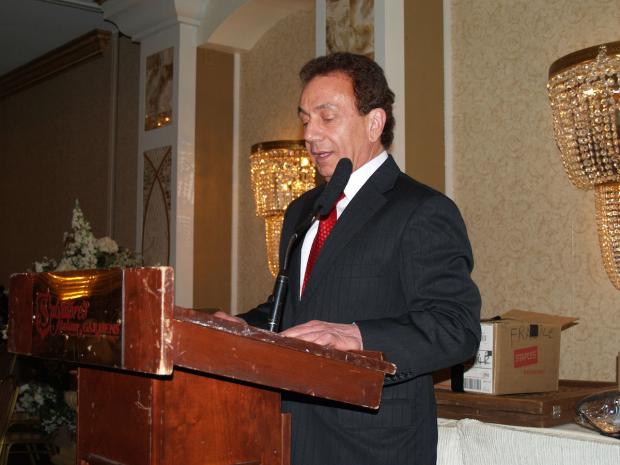 In support of the suggestion of a possible link between the appointments to the independent foundation’s board—which most likely will earn Messrs. Lorigo and Tantillo annual stipends of approximately $20,000 for life—and the integrity of New York’s system for electing judges, McCarthy’s article provides the following facts:

Secure backing from the county’s top political chairmen to ensure an uncontested election in 2017, they said, and raise enough money to scare off anyone even contemplating a primary challenge.

She followed the advice to a tee and glided through the November election to the bench.

Now, two of the key architects of that strategy are surfacing in a new way. Ralph C. Lorigo and Philip Tantillo have been appointed trustees for the Statler Foundation and stand to earn stipends of between $18,000 and $20,000 a year for the rest of their lives.

Howe, whom Mosey calls her mentor, last month named made the appointments in one of her last official acts as surrogate.

Lorigo, the Erie County Conservative chairman, joined with Republican and Democratic leaders last year to bestow early endorsements on Mosey and deter any others from entering the race.

Tantillo, Mosey’s treasurer, then raised more than $900,000 for her campaign — the richest judicial treasury in Western New York history. That sum also scared off anyone thinking about the surrogate’s race…”

Whether or not a specific legal or ethical rule has been broken, I find the Statler Foundation appointments surprising and gravely disappointing. When I appeared a couple of decades ago before Barbara Howe in her capacity as a State Supreme Court Justice, she left the impression of a conscientious and cautious jurist. Judges—at the brink of retirement or otherwise—are obliged to uphold the integrity and independence of the judiciary. (See Section 100.1 of the Rules of Judicial Conduct, 22 NYCRR 100.1.) That should mean—in my professional opinion—avoiding not only impropriety, but even the appearance of impropriety.

The standard I’m expressing is by no means an extreme one. Its source is Section 100.2 of the rules of judicial conduct:

Section 100.2. A judge shall avoid impropriety and the appearance of impropriety in all of the judge’s activities.

(A) A judge shall respect and comply with the law and shall act at all times in a manner that promotes public confidence in the integrity and impartiality of the judiciary.

(B) A judge shall not allow family, social, political or other relationships to influence the judge’s judicial conduct or judgment.

As defined in the judicial conduct rules, an independent judiciary “is one free of outside influences or control.” Impartiality denotes absence of bias, whether for or against a person or class of people. And, not surprisingly, a judge making appointments is required to exercise her or his power “impartially” “on the basis of merit” and without “favoritism.” [See Sections 100.0(R) & (S) and 100.3(C)(3) of the Rules of Judicial Conduct.]

According to Bob McCarthy’s article, Barbara Howe urged Acea Mosey—who had served as the surrogate court’s public administrator since 2005—to run for the office of surrogate. As he had done for Howe in 2003 and 2013, Ralph Lorigo joined Erie County Democratic and Republican chairmen and endorsed Acea Mosey for surrogate, virtually guaranteeing an uncontested election.

Only the retired judge knows whether she allowed outside influences—including political relationships—to influence her judicial judgment. As portrayed in McCarthy’s article, the new trustees “never knew vacancies existed until notified by Howe.” If that’s so, one certainly can’t say that Howe allowed the wonderful things that Lorigo had done—to advance both her own career and the judicial ambitions of Mosey—to bias her against selecting them for the Statler Foundation appointment.

I’ve previously used my blog and this newspaper—and other fora—to express my displeasure with the way New York State goes about selecting (and protecting) the women and men who enforce and interpret our laws. (See, at withallduerespectblog.com, my posts regarding this past November’s election and the system generally.] But I will leave it up to others with more influential platforms than mine to determine whether the former Judge Howe—in appointing Ralph Lorigo and/or Philip Tantillo to the coveted position of Statler Foundation trustees—acted “in a manner that promotes public confidence in the integrity and impartiality of the judiciary.” As proclaimed in the rules of judicial conduct: “An independent and honorable judiciary is indispensable to justice in our society.” (See Sections 100.1 of the Rules of Judicial Conduct.)

But before ending this post, I’d like to perform a public service. I believe that anyone interested in discussing the Statler Foundation appointments with Ralph Lorigo, and questioning how Judge Howe’s actions might reflect on New York’s judiciary, should be prepared for the Erie County Conservative Party chairman’s potential response.

While Chairman Lorigo is mightily proud of his political clout, he dearly needs to be appreciated for his lawyering and business skills. His desire to be respected on both fronts may help explain the “amused look” described by Matt Spina—a Buffalo News investigative reporter—in a May 26, 2012 article:

“Lorigo forms an amused look when asked about the clout he carries into a courtroom where the judge might covet the Conservative line, or he argues a zoning matter in a town where board members want his party’s backing. He thinks suspicions that he often gets his way because of his chairmanship are overblown.”

Ralph’s insistence that such claims are “overblown” ring a bit hollow given the biography he was using in May 2012 at his law firm’s website. The elder Lorigo’s bio included the following assertion:

“…Ralph has a very strong interest in New York State and local politics…[H]e became Erie County Conservative Chairman in 1994, a position he still holds today…As the longest sitting County Chairman in Erie County, Ralph has formed many long lasting relationships with town, county and state governmental officials, as well as a strong involvement in judicial races through [sic] Erie County…”

(Note: Such statements may be considered “attorney advertising” under New York’s court rules.)

While Matt Spina’s press credentials may have insulated him from anything more offensive or revealing that “an amused look,” two interactions that I experienced with Ralph Lorigo—in his role as lawyer for developers—were a bit less pleasant.

In the fall of 2009, I commented in my capacity as a resident at a Village of East Aurora Village Board meeting regarding a proposed commercial project. Mr. Lorigo represented the project sponsor. I expressed my belief that there were elected officials in Western New York who, wishing not to offend the chairman of the Erie County Conservative Party, appeared to bend over backwards to please him. Ralph rudely interrupted my comments from the rear of the meeting room, yelling out loudly and angrily something to the tune of, “Art, you better not go there!”

Little did I know that Mr. Lorigo’s words of anger at the East Aurora meeting were just a mild sampling of how the lawyer/political operative was capable of responding when he interprets comments as somehow questioning his legal skills and effectiveness.

On December 18, 2009, I appeared in State Supreme Court before the Honorable Joseph R. Glownia. Lorigo was opposing counsel. After hearing oral argument, Judge Glownia ruled against me. As he and I were walking out the courtroom, Ralph turned around and did something I had never encountered before (or since): He told me what I had done wrong to lose the case. I jokingly told Ralph that I disagreed with his conclusion, but would perhaps change my mind if I ever became as brilliant as him.

Ralph took a few steps outside the courtroom door, and, standing a foot away from me and shouting in my face, made references to my law school alma mater, and angrily and repeatedly called me an “a**hole,” telling me that I was out-of-line beginning with comments I had made at the Village Board meeting a couple months earlier. When I told Ralph that I believed what I expressed at the village board meeting, and that I wasn’t the only person with that opinion, he expanded his repertoire, shouting out loud—with a number of individuals nearby—that I was a “f***ng a**hole.”  (Note: Given the extraordinary nature of Mr. Lorigo’s 12/18/2009 verbal assault, I sent him a letter memorializing my recollection of what had occurred. That, too, is at withallduerespectblog.com.)

So, you may wish to tread gently if and when you decide to mention the trustee appointments to the Erie County Conservative Party chairman.