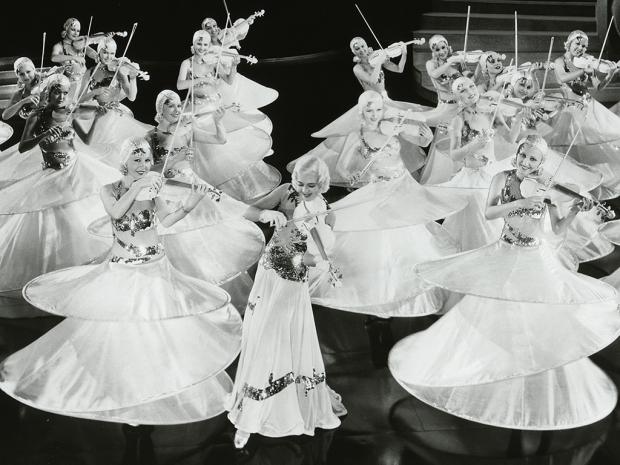 You couldn’t expect to get the equivalent of a film school education from watching 14 movies. But the dozen and a pair being screened at this spring’s edition of the Buffalo Film Seminars would make an awfully good start. Opening with a popular classic that mixes the fluff of a Hollywood musical with social realism, the semester will expose you to the best of the classic studio era, the avant garde, film noir, the McCarthy era blacklist, national cinema from unexpected corners of the world, and leave you at one of the sunniest corners of the French nouvelle vague. As always, UB professors Bruce Jackson and Diane Christian, opening their popular film survey class to the general public, have selected a range of approachable films covering a wide range of genres and styles.

The series opens this Tuesday at the Dipson Amherst Theater with Gold Diggers of 1933, the classic musical whose still-astonishing Busby Berkeley production numbers provide an ironic counterpoint to the palpable Depression setting. There’s no Fred and Ginger elegance in this, a musical that could only have been made at Warner Brothers, the studio that specialized in gangster thrillers and gritty social dramas.

In following weeks—well, how to I pick highlights from a series that is all highlights? The screening and discussion of Jacques Tourneur’s Out of the Past (1947) will educate you as to what the term “film noir” really means. (Hint: It’s not about detective movies.) And that discussion will prepare you well for Sidney Lumet’s Dog Day Afternoon (1975), a film you probably never thought of as a noir. Yasujiro Ozu’s sublime Tokyo Story (1953) will break your heart and give you a hunger for more Japanese cinema. The western High Noon (1952) will show you how a seemingly innocuous genre movie can speak to the immediacy of trouble times, just as Pier Paolo Pasolini’s The Gospel According to Matthew (1964) will demonstrate how a committed artist can reshape familiar material to his own ends. And if you hated David Lynch’s recent Twin Peaks sequel, it may be because you never saw his masterpiece Mulholland Drive (2001).

Movies the way they were meant to be enjoyed, on the big screen with a congenial crowd to chat with afterwards.

March 27: The Gospel According to Matthew (Pier Paolo Pasolini, 1964)