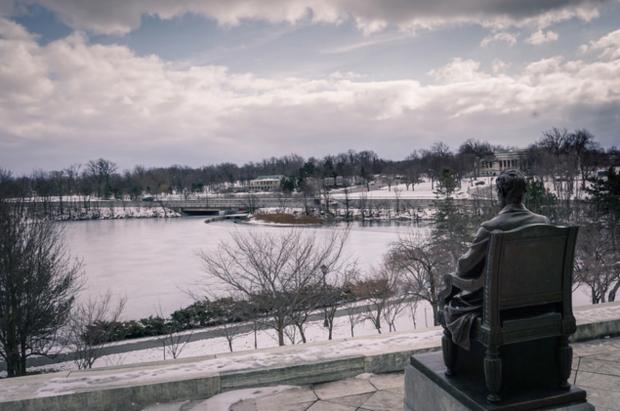 Two former Erie County Legislators were given patronage jobs with the Erie County Board of Elections — Republican Ted Morton and Democrat Betty Jean Grant. In an editorial, the Buffalo News is quite upset about this, offering up the headline, “Lose an election? No worries!”

This time, the beneficiaries are a couple of former politicians, one who just lost his seat in the last election and another who sacrificed hers in an attempt to secure the top job at City Hall.

Thanks to the party higher-ups who provide taxpayer-paid safety nets, both have landed jobs at the Erie County Board of Elections.

I don’t see anything in the editorial, however, that tends to prove that assertion. The board recounts how Ted Morton was sanctioned by FINRA, his former industry’s governing body, for improperly borrowing client money. That was known when he first ran for the legislature, and didn’t prevent him from being elected, so I can’t fathom why it would disqualify him from a $40,000 per year job pushing papers at the BOE. But at least with Morton, the News had some sort of malfeasance at which to point; Morton’s ethics are questionable, at best.

What about Betty Jean Grant?

There is no similar accusation that she acted improperly or unethically. By all accounts, she valiantly and competently served her constituents throughout her public career. What did she do wrong? Well, she was two years short from the 20 years in the system she needed for her state pension fully to vest. So, this BOE job helps her stay in so she can retire comfortably.

I think every American should have the right to retire comfortably. Good for Betty Jean.

In September, Betty Jean lost a quixotic primary bid to unseat Mayor Byron Brown. Had she not undertaken that effort or retired from the legislature, she would have easily sailed to a re-election victory. Instead, she’s got a job pushing papers at the BOE.

I don’t know what necessarily qualifies or disqualifies Morton or Grant from serving on the BOE, except that they’re former elected officials who no longer find themselves in office. It looks like the News’ main complaint is that their respective party bosses got them the jobs.

If a party boss can’t get a job for a failed or retired elected who served the people and the party well, what good is he?

With Betty Jean Grant, the Buffalo News doesn’t even go through an exercise in suggesting why Betty Jean Grant shouldn’t be working at the BOE. It’s as if serving in the Legislature for over 10 years automatically disqualifies someone from such a job. How silly.

Even more obnoxious, however, is this:

None of this bothers either political party. If it isn’t the Board of Elections, then it is the Erie County Water Authority. The authority has long been a dumping ground for the unqualified and politically connected who collect fat salaries on the backs of ratepayers.

I know it’s about the water authority and not the Board of Elections, but “dumping ground”? $40,000 is a “fat salary”? To whom? You put trash in the dumping ground, and Betty Jean Grant is most certainly not trash.

Patronage is a problem, sure, but placement of former electeds in jobs that already exist and are already budgeted-for doesn’t especially bother me, and this is not even in the top tier of problems that western New York’s political world faces.

Get back to me when the Buffalo News’ editorial board attacks our inherently corrupt electoral fusion system, rather than heckling former elected officials earning $40,000 in a state job.