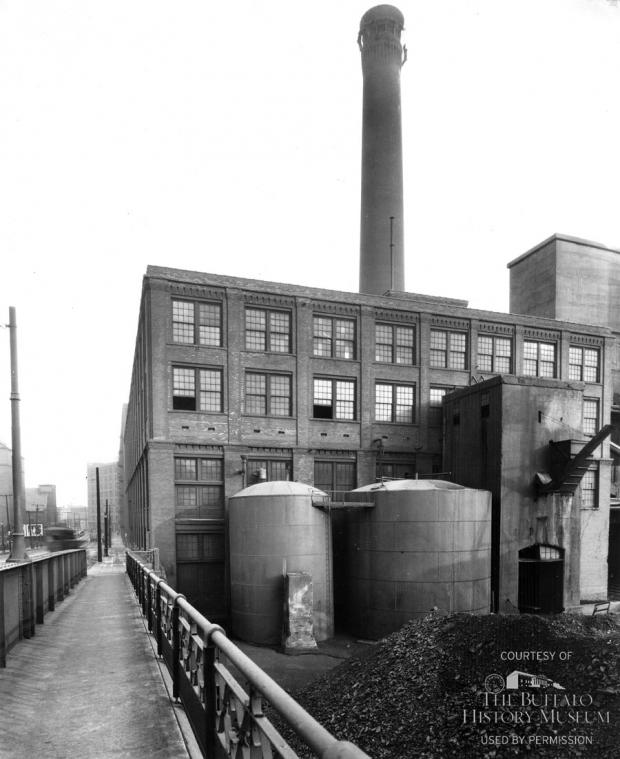 The Larkin Power House, 635 Seneca Street, is one of the iconic factory buildings of what architectural historian Reyner Banham called Buffalo’s “Golden Age” of industrial architecture between 1895 and 1925.

Designed by R. J. Reidpath & Son, the Larkin Power House was originally two stories, built in 1902, with an expansion to four stories in 1904. Like other power houses, it was a two-part facility with separate rooms for boilers and engines, the division of space keeping coal dust produced by the stoking of boiler fires away from machinery and gauges in the engine room. A third area for coal storage was located at the rear, adjacent to the tracks of the New York Central.

The stack—dubbed the “Washing-ton Monument” by tourists due to the Larkin Co.’s role in soapmaking—was the tallest in Buffalo at 275 feet above bedrock. Threatened with demolition in 2014, the Larkin Power House was landmarked by a unanimous vote of the Common Council.

Plans for a mixed-use rehabilitation have yet to be realized.