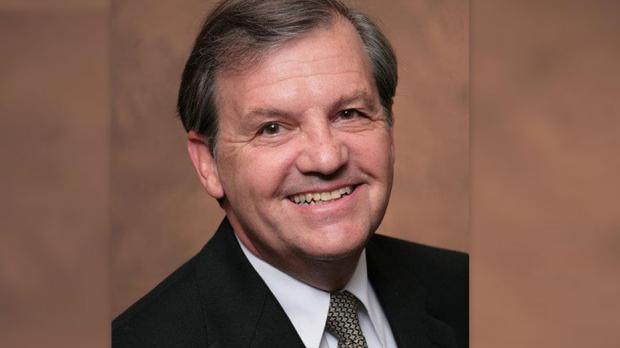 Two news stories came out involving the Buffalo School Board to ring in the new year. The most sensational was the allegation that Buffalo developer Ciminelli LP might have whacked up the Buffalo Joint School Construction project by more than $41 million. This dramatic claim was floated by Buffalo developer and school board member Carl Paladino. His protege, school board member Jay McCarthy, sits on the board of the Buffalo Schools Joint Reconstruction Project.

The figure of $41 million drew a lot of attention, not surprisingly. The School Board voted to continue to withhold a payment of $817,163 to Ciminelli and complained that there was not enough time to review documentation that the board had requested. The school district has hired a law firm (not an auditor) to get to the bottom of the alleged Ciminelli overcharging. Ciminelli asked the New York State Comptroller for a new audit, but the comptroller has declined that request, having conducted audits previously.

Ciminelli’s status as most favored construction company in Buffalo government is not exactly news. And as a developer and landlord doing business with the district himself, Paladino should be well aware that public education in the United States is now a business and not an altruistic or philanthropic endeavor. This concern over Ciminelli making too much money from the School Reconstruction Project sounds dangerously like socialism coming from the mouths of the former GOP gubernatorial candidate and his cronies. Should there be a cap on how much landlords can charge the school district for charter school space? Where was all this handwringing 13 years ago when it could have made a difference?

Meanwhile the other School Board story involved an audit by the New York State Comptroller on a company formerly run by Buffalo School Board President James Sampson. It appears that the culture of self-dealing that is becoming par for the course at the Buffalo School Board also existed at Gateway-Longview, a company of which Sampson was CEO until last year. Gateway-Longview has extensive dealings with the State Education Department, the Office of Children and Family Services, the Office of Mental Health, and the Department of Health.

According to the report, “Gateway routinely entered into business transactions with companies affiliated with its board members or a member of the Gateway-Longview Foundation board. Gateway officials acknowledged that some of these business arrangements were not competitively procured, and for others, they were unable to provide documentation of competitive procurement. ”

In short, Gateway’s directors are accused of self-dealing. “In fact, we identified 14 material business arrangements with 12 Board-affiliated companies (related to 10 different Board members) during our three-year audit period,” the report continues. “These arrangements included new construction and renovation projects, legal services, information technology, cleaning, maintenance and staffing as well as various types of goods and services. The cost of the related-party transactions totaled about $7 million.”

Gateway administrators insisted to the Buffalo News that the buck did not stop with them. Current CEO Carolyne DeFranco told the News, “At this point, the Comptroller’s audit findings are a ‘rearview mirror’ look at Gateway-Longview,” she added. “So much has changed, from this agency’s leadership, to board membership, to how we make, review and track financial transactions.”

And of course Sampson, who was CEO during the time period of the audit, simply refused comment so that’s where the story ends, right? As usual with alleged white-collar crime, no one is held responsible and no one goes to jail.

One of the contractors Gateway is criticized for being cozy with is Savarino Construction. The Gateway “board member 1” referred to in the audit is Sam Savarino. More from the audit: “Gateway awarded four contracts, totaling about $5 million, to companies affiliated with this Gateway Board member. This included three contracts, with a total cost of about $4.7 million, with Savarino Construction Corporation, for which the member is President and CEO. One contract was for the construction of a new Residential Youth Facility, and the other two contracts were for renovations to existing buildings. Also, one of the renovations required formal prior approval from SED [State Education Department]; however, Gateway did not apply for nor receive such approval. ”

According to his bio on the Board of Education’s website, “Mr. Sampson is a trustee and founding member for the West Buffalo Charter School, and under appointment from Governor Cuomo he serves as the Chair for the Erie County Fiscal Stability Authority.”

While the News brought up the perks that Sampson enjoyed as CEO at Gateway, it’s important to remember that the state audit also took exception to the questionable ethical climate that existed at Gateway under his watch.

In 2010, Savarino and Sampson attempted to bring West Buffalo Charter School (WBCS) into the former School 36 on Days Park. WBCS was founded by Buffalo Hearing and Speech and D’Youville College, of which Savarino is a board member and trustee respectively. Ostensibly, the play on Day’s Park would have prevented the Elmwood Village Charter School from moving into the building. Savarino was already renting a building to EVCS on Elmwood. Despite a judge ruling in Savarino’s favor, EVCS eventually moved to Days Park and Savarino, who was poised to have two charter school tenants, lost both.

His loss was Carl Paladino’s gain, however, as the WBCS entered into a rent-to-own agreement with Ellicott Development for its current location at the corner of Lafayette and Barton Street.

Ciminelli’s overly generous profit margins with the Joint Schools Reconstruction project, are, like the insider deals at Gateway-Longview under Sampson, in the “rearview mirror.” While their work on that project is largely complete, Sampson is still president of the Buffalo School Board. In that position he has great influence in how the district spends its money. Given the severity of the state audit’s findings and his complete refusal to acknowledge any responsibility as CEO of Gateway-Longview or step down from his positions on the Buffalo School Board and Erie County Control Board, Sampson should be watched closely in the future. Don’t expect this school board to censure one of its own.

As the district’s student numbers dwindle and charter school takeovers fail, don’t be surprised to see some choice school properties put on the market as plums for local developers to pick. Perhaps this Ciminelli-Paladino skirmish is a case of Carl running cover for a friend and tenant, or maybe it’s a prelude to another game of musical chairs at the public trough. Time will tell.