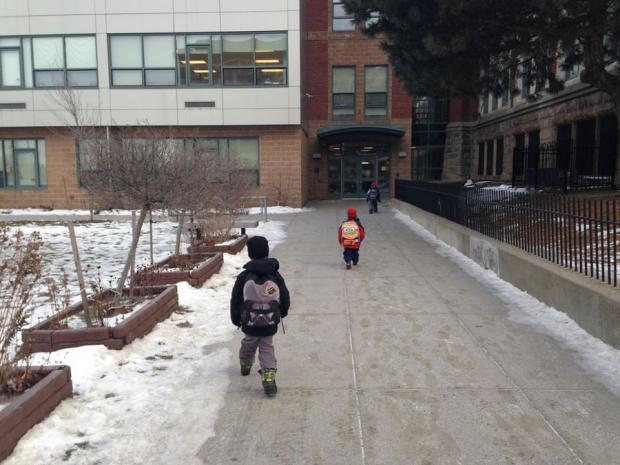 Buffalo is rising, just not always in the ways anyone should be comfortable with. Buffalo is climbing in the ranks as the nation’s poorest city. Crime, graduation, and employment rates are all suffering, according to recent data released by the US Census. Most troubling is that 82 percent of Buffalo students are classified as economically disadvantaged.

What remains unsaid, and what confounds the problem, is that Buffalo has risen in the ranks of the nation’s poorest cities. Its residents, on the margins of society, are feeling the effects. The latest figures report Buffalo as the fourth poorest city in the country. This means that 1) the majority of Buffalo children live in poverty; 2) Buffalo’s school system is overwhelmed with impoverished children (25,320 to be exact) who don’t have access to necessary resources, food, and shelter; and 3) there is a direct, yet readily ignored correlation between poverty and school performance.

The reality facing impoverished families affects all aspects of life from health and welfare programs to the Buffalo Public Schools, where an overwhelming majority of pupils meet the school system’s definition of “impoverished.” In few places can the impact of child poverty be felt more acutely than in the city’s classrooms.

“When you say poverty, you’re saying a child is probably not getting the healthy foods they need, their health needs aren’t being met, they may not have stable housing,” said David Rust, executive director of Say Yes Buffalo. “All of these issues combined heavily impact a child’s ability to learn.”

A teacher at a small school on the city’s East Side expressed her observations, “especially after the weekends you notice that sometimes the breakfasts are really piled on because maybe they haven’t had as much to eat over the weekend.” She also talked about the individual efforts made by that school to address ancillary concerns, “we give them all of their supplies, we give them their backpacks”. She explained that without these efforts, the kids would “come with nothing.”