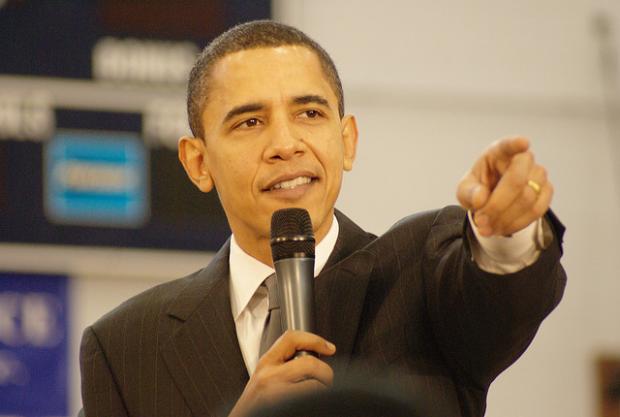 Obama’s tax plan, introduced formally at his State of the Union address on January 20, is focused on clawing back the runaway profits from financial speculation that have driven the greatest income polarization in American history.

Let’s bring it home. Using the latest available data for Erie County, we see that over 86 percent of all capital gains—the profits not from work, but from selling assets that have grown in value—have gone to households reporting over $200,000 in pretax income. Obama is proposing a very slight increase in the tax rate that people reporting over $210,000 will pay on those capital gains.

Obama is proposing to use the revenue from that tax increase to fund a child-care tax credit, and also to fund the Earned Income Tax Credit, which is available only to low-income workers—like the 15,000 or so new minimum-wage employees in this area who got their jobs in the past couple of years, replacing higher-income jobs that were lost after the Crash of 2008.

The Dow Jones Industrial Average was around 8,000 when Obama took office in 2009. Today it’s heading toward 18,000. People who make their income from speculating in stocks and other assets enjoy a preferential federal income tax rate. If you do a job and get paid well, your top federal income tax rate is 39.6 percent. If you speculate in financial assets, your top tax rate is 23.8 percent—but mainly, it’s 15 percent or lower, as Mitt Romney’s tax returns showed back in the last presidential campaign. What Obama is proposing is to take that tax rate back up to where it was under Ronald Reagan signed the Tax Reform Act of 1986 into law—back up to 28 percent.

Economists who count actual numbers from actual tax returns note that in the current economic recovery, over 95 percent of the new income is being reported on tax returns filed by people reporting incomes over $200,000. Obama is saying, great, let’s put the tax rates back to where they were under Reagan so that the middle class can have a little bit more breathing room—because wages and salaries for most people have not kept up with the cost of life, including especially the cost of raising kids.

Why Boomers and Millennials should get on board

A moment on politics, please. Barack Obama, the president who refused to prosecute the malefactors of Wall Street, is making a populist gesture. After years of Democrats building their base by focusing on civil rights issues, Obama is moving to assert a mildly progressive stance on economic issues. What this means is that the pollsters and the focus-group leaders are consistently telling Democratic strategists that more and more people actually understand, in their own lives, that what the academics have been yelling about has finally sunk in: working people understand that financial speculators are not the same as people who work for a living—and that even the relatively well-off, the upper-income professionals, the small-portfolio investor, the Boomers with paid-off houses—can understand the difference between themselves and the bankers, hedge-fund moguls, mega-rich stock gamblers, and the rest of the crowd that forms the market for the ultra-luxury goods advertised in the Sunday New York Times Magazine or the Wall Street Journal weekend edition.

Obama’s plan is carefully targeted to Boomers and Millennials. Under his proposal, one could still inherit a house tax-free up to $500,000 in value. Under Obama’s plan, you could still inherit up to $200,000 in “stepped-up” capital gains, the term used to distinguish the rise in value of assets since the time grandma bought them and the day of her decease.

Reality check: As soon as you hear critics yelp about how Obama’s plan to tax the stepped-up basis on estates—as soon as you hear the words Death Tax—remind yourself of the reality. A tiny, teensy-tiny fraction of estates are worth more than $5 million; in New York State, home of a hefty slice of America’s super-rich, only two percent of all estates were subject to the federal and state estate taxes.

Ordinarily, pundits would jump up and say that with the new Republican majorities in both houses of Congress, Obama’s progressive tax proposals would be dead on arrival. There is some slim evidence, however, that maybe he’s onto something.

Here in Upstate New York, our bankers are not like the ones on Wall Street, except in their affect. Even though the regional media market is saturated with messaging about the beneficence of billionaire sports-team owners, there just might be room for some self-awareness—that the almost two-thirds of income-tax filers reporting incomes of under $50,000 might understand that Obama is proposing to ease a couple of thousand bucks into their family exchequers, and that grandma’s house might fetch $104,500 (the median sale price of a house in Erie County), which means that the family would get some tax-free money for college, or even a free starter home for the Millennial still living in the basement.

Populists of both the right and the left are still seething that the Wall Street speculators whose bad bets caused a global calamity in 2007 and 2008 but who never got stung with either prosecutions or regulations. The politically attentive of both sides might also hear that part of Obama’s proposal that plays to right-wing populism—namely, that there’s an Us and a Them when it comes to bankers. Obama’s proposal goes after the Wall Street outfits that escaped being subject to the post-Crash bank reform bill known as Dodd-Frank, which burdens mid-sized banks like the ones most Americans use.

The savage irony of the American political system, however, is that the “too big to fail” banks continue much as before – and now, these firms enjoy the talents of many former Obama appointees from the Justice, Commerce, Treasury, and other Cabinet offices, plus may former members of Congress and their staffs. Don’t count on Congress ignoring the soon-to-be-former Attorney General, and the former Treasury and Council of Economic Advisor staffers-turned-lobbyists. It’s all so cozy, really, at the top of the financial food chain. So cozy, and so very bipartisan.

But for those who are still in office, and who want to remain in office, there’s a different dynamic now—because after years of repetition of the same information, information that is refreshed with every new study, the evidence is sinking into the collective consciousness of the electorate: even Republican voters now understand, to a greater extent than at any time in recent history, that income from financial speculation is different from any other kind of income, and that the very, very, very rich really do play by different rules—and that it’s time to look at changing those rules.

For a family of four, with two working parents and two kids in child care, Obama is saying that the folks with more than $500,000 in income from financial speculation should pay Ronald Reagan’s 28 percent capital gains tax rate rather than today’s 15 percent capital gains tax rate. A family of four at $50,000 a year in household income would get a few hundred bucks in tax credits to help foot the bill of child-care. The family reporting $500,000 in capital gains income would pay the same taxes that a high-achieving doctor, lawyer, or business executive would pay on his or her earnings from work. The beneficiary would be the regional economy, which would benefit from all those families (two thirds of Erie County families make $50,000 or less) having another couple of hundred bucks a year to spend.

And take note, conservatives: The only families that will get the break are families of workers.

One wonders, after all the years of Democrats doing identity politics, whether they still have the messaging chops to do populist economic politics. And if they do, will Republicans try to compete as fellow populists, or will they stick to their economic royalism? So far, royalism has gained them a House and a Senate. But maybe the reality of income polarization is finally changing middle-class thinking. Stay tuned.

Bruce Fisher is visiting professor of economics at Buffalo State College and director of the Center for Economic and Policy Studies.