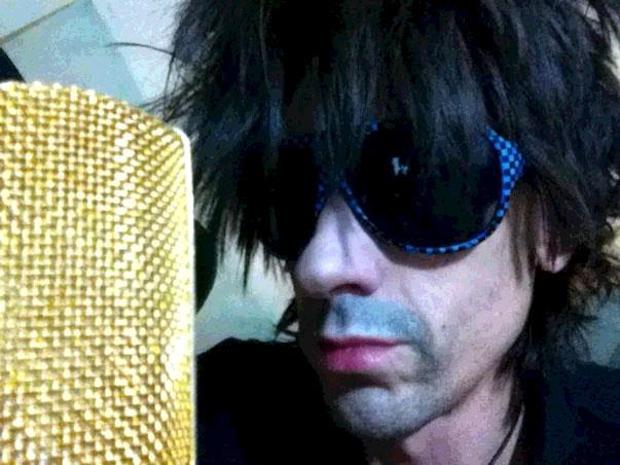 CJ Buscaglia was a friend of mine.

As a guitarist for Green Jello/Green Jelly, not to mention the producer of the Cereal Killer video album and Cereal Killer Soundtrack disc that broke the band nationally with the hit single “Three Little Pigs,” CJ achieved fame on a lark. Despite the novelty-induced nature of his fame, however, his musical talent was very real. He went on to work with Love & Rockets, Goo Goo Dolls, and the Breeders, to name a few.

We were introduced by mutual friends and soon realized a mutual appreciation for all things inappropriate. I met him at a time in his life when he was working hard to turn things around after a long battle with various demons. His life as a rock star, producer extraordinaire and Buffalo celebrity was something we sometimes talked about and something I was definitely aware of. But it no longer defined him. That period of intense success and dreamlike, Hollywood highs seemed like it was a million miles away. The CJ I knew was trying to get a toehold on surviving middle age, was relearning how to be a father and attempting to find footing as an ex-husband at a time when the survival rate in his industry had reached an all-time low.

Despite all this, CJ still knew what he wanted to do when he grew up. His passion for music and, more specifically, for making music sound as good as it possibly could in a given set of circumstances, had not diminished. Working as a sound engineer for Indigo Productions last summer, I saw him come alive in ways I’d previously only heard about. But living in Kenmore without wheels, he struggled to find job opportunities he could make work, logistically speaking. I drove him to and from the Indigo offices numerous times as we headed into fall, hoping that his commitment to the job was evident in his enthusiasm and knowhow when on site.

I let CJ smoke in my car. He was a diehard smoker and, while I don’t let anyone else do that, it seemed an important factor in his ability to get comfortable. Asking CJ not to smoke seemed wrong, somehow. The rumble in his lungs when he’d cough was worrisome to me, but I smoked for twenty years and could remember how the awful hack I’d had back then didn’t seem like such a big deal at the time. I kept myself from saying anything to him about it for fear of making him self-conscious. But he never told me that he had asthma in addition to the smoking. So when I found out he’d developed COPD, suffered an asthma attack on top of that which had, in turn, triggered a heart attack, I was deeply saddened.

CJ had been on a ventilator since right after Christmas until this past Friday, January 16. As I celebrated my 45th birthday, out to dinner with friends, I got a text message that he’d been taken off life support. My sadness about his passing, made more intense given the self-destructive obstacles he’d worked hard to overcome in recent years, was tempered by the knowledge that CJ would not have wanted to live out his life in any sort of severely diminished capacity.

On Saturday afternoon, as I stood in my living room contemplating the events of the day prior, I was keenly aware of a tobacco smell wafting through my apartment. It was as if someone had just come in from having a cigarette outside, with the smell of the smoke still clinging to their clothes. Nobody in my house smokes, and my downstairs neighbors were away for the weekend. In that moment, I felt like I got to say a proper goodbye.