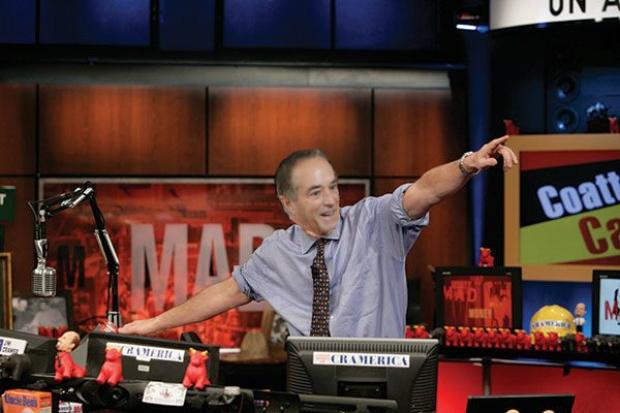 Afternoon WBEN talker David Bellavia ran in a Republican primary against Chris Collins to win the right to battle incumbent Kathy Hochul for the 27th Congressional District seat. He wrote this analysis of the allegations against Chris Collins’ alleged insider stock trading.

In a world where I get political advice from The Financial Guys, Mike Lomas and Glenn Wiggle, it would only seem only fair that we get stock tips from Rep. Chris Collins. This week, HHS nominee Rep Tom Price (R-GA) was asked by Senator Patty Murray (D-WA) during his confirmation hearing:

“Congressman Chris Collins, who sits on President-elect Trump’s transition team, is both an investor and a board member of [Innate Immunotherapeutics]. He was reportedly overheard just last week off the House floor bragging about how he had made people millionaires from a stock tip,” she said. “Congressman Price, in our meeting, you informed me you made purchases based on conversations with Rep. Collins, is that correct?”

So what is the big deal you ask? The Cures Act was a bill signed into law this past December 2016. The bill was originally sponsored by Fred Upton (R-MI). Chris Collins wrote three amendments to the bill. Two of which are alleged to have benefited companies like the one he invests in and sits on the Board of Directors:

Section 3021, which encourages the broader application of innovative clinical trial designs, including the use of Bayesian  statistics and adaptive trials, to enhance and accelerate effective clinical trials. These changes to the way the FDA approves clinical trial designs will help unleash new, groundbreaking therapies by allowing researchers to efficiently change their trials to meet the individual responses of their participants.

Section 3071 will expedite and improve the drug approval process by increasing the number of senior biomedical researchers the FDA is allowed to hire and also making the salary of those individuals more competitive with private industry. This will help ensure that our best and brightest scientists will remain with the FDA to review and approve drug applications, and get cures to patients more quickly.

With respect to Price, however, this isn’t the big deal; the big deal is that the Trump transition had publicly stated that a broker made all the decisions concerning the purchase and sale of equities on behalf of Dr. Price, with no input from the Congressman. This turned out to be false, as Price clearly at least retained control over the decision to purchase shares in Innate Immunotherapeutics. According to the New York Times, “[l]ast summer, Mr. Price, [Collins Chief of Staff Michael] Hook and [former WNY Congressman Bill] Paxon bought the stock at a discount as part of a private offering organized by Innate aimed at ‘sophisticated U.S. investors.’ They have since quintupled their money, at least on paper.”

Innate Immunotherapeutics would ostensibly benefit directly from Collins’ amendments to the 21 Century Cures Act, if it decided to enter the U.S. market with its only product, a treatment for M.S. that is now undergoing clinical trials in Australia and New Zealand. Collins sits on the Innate Immunotherapeutics board, and is its largest shareholder. LittleSis.org has prepared this chart showing the various personalities at play:

view this map on LittleSis

Which brings us to this current allegation.

Collins is overheard on a cellphone conversation bragging about how many “millionaires he has made in Buffalo” with this alleged stock tip in the last month.

This is key, because the law was signed in December and directly implies that money was made since President Obama signed the bill.

Now, let’s be honest, the People’s House is not the arena to be talking about stocks, girlfriends or real estate. You are there to do the job of the people. And this is at best unprofessional and at its worst in violation of the Stock Act, passed in 2012, which limits the trading that elected officials can profit from with regards to their position and insider information.

The company in question is an Australian based corporation called Innate Immunotherapeutics, which tests trial drugs for serious diseases such as MS. Collins is a board member, has held the stock for 15 years and two of his children and Michael Hook, his longtime advisor and Chief of Staff are amongst the largest stockholders of the small biotech firm.

Yeah, it’s gross. Collins making the phone call and acting like a big shot is gross too. Has the law been broken? I don’t think so. Is Collins doomed because of this behavior? Not a chance.

Well, not so fast. There simply isn’t any evidence to conclude whether the STOCK Act was or was not broken; any such opinion is based merely on conjecture. If one were to proceed simply on the basis of an “appearance of impropriety” standard, there would be grounds to investigate further. In a nutshell, the STOCK Act exists to prevent members of Congress from using their knowledge as lawmakers in order to personally profit through the purchase or sale of securities.

Bellavia’s argument, below, is that it’s far-fetched to accuse Collins of unjustly enriching himself in a company with which he has been involved for 12 years. That’s a fair point, taken without any context. Here, however, the company in question has been something of a failure during that entire time. This article explains how Collins came upon the stock in 2005 when its investors were desperate to stay afloat, and that Collins has lent the company money in later years when it seemed doomed. The M.S. drug now undergoing trials is its inaugural product, and its CEO is pretty up-front about the fact that he’s really just fishing for some large pharma firm to buy Innate out.

To imply that Chris Collins held a stock for 15 years, ran for County Executive, lost, ran for Congress, in a wild scheme to make $3 million dollars in stocks is absurd. He is worth well north of $120 million. Collins has many businesses involved in the medical field. Are we saying he is disqualified from every authoring legislation or amendments because he may profit from them in the future?

Here is what no one is saying, “Chris Collins’ amendments to the bill were actually really good amendments.” The issue here is the behavior of what is expected of our elected officials.

Collins behaved poorly. Should never be on a cell phone near journalists bragging about his stock tips. Tom Price, should not be taking stock advice from his peers on the floor of congress.

This is a Tom Price problem, not a Chris Collins problem.

That’s only part of the issue, however. The Times points out that Paxon, a lobbyist, could appear before Collins not just to peddle influence, but also as a co-investor in Innate. A bunch of Collins’ friends and associates participated in a special, private offering of Innate stock just last summer — as the Cures Act was wending its way through committee. Price’s investment was between $50,000 and $100,000 — one of the largest investments he made since 2012. The Buffalo News’ Jerry Zremski noted Collins’ investment in Innate in his piece reporting on the passage of the Cures Act. Collins argued that his investment wasn’t a conflict of interest, but instead evidence of the “business knowledge” he brings to Congress.

It’s also quite possible that it is both reflective of his savvy, and also of his conflict of interest; that his involvement in the amendments and passage of the Cures Act resulted in personal gain.

What Collins did was the equivalent of picking up the back up quarterback in a fantasy league when the star QB is injured. Anyone who was following the market could have made the same decision and made more money on other companies that do the same thing bigger and better. The stock opened the day at $1.50 and closed at $1.46.

Unless other evidence surfaces, he did not appear to use his position and leverage as a Board Member to offer shares at a reduced cost. If there was a new product the company was going to market with and he told his friends to invest, that too is murky, but not illegal. The market turns on new drugs as quickly as it rewards the early bird for jumping first. For every Viagra, there is a thalidomide. This is not insider trading. Board members have to follow the SEC. They can’t purchase bulk stock until announcements are made and rules are followed. If Collins broke any of those rules, we will know quickly.

More significantly, the stock was priced at around AU$0.30 (30 cents) per share last summer for special investors like Price and Collins, and is now worth AU$1.55 — a five-fold increase for stock in a company that has zero products on the market. In the interim, Price and Collins advocated for a law that would benefit companies like Innate.

More to the point Collins reportedly threw $4 million into Innate during the special summer friends & family stock offering — an investment that is now worth close to $20 million.

But can we be honest? Confirmation hearings are not court proceedings. There is a lot tossed at the wall. Most slides off and onto the floor.

I have been very vocal in my criticism of Mr. Collins in the past. I have no issue calling him out when and if he does something wrong. In this case, his only sin is quite frankly, being Chris Collins. He is the same brash, self-congratulating man that we have known for over twenty years. The truth is he is a good and decent man. His flaw is that he will the first one in the room to remind you of that. He is calculating, self interested above all other concerns (ask Carl Paladino about his statement of support during his recent BPS issue) but he is not a bad person. Tom Price will be a great HHS secretary with a lot of work to do usher in the new healthcare plan in the wake of the Obamacare disaster.

To me, unless we are hit with a meteor of new information, this is much ado about nothing.

It doesn’t matter whether someone thinks that Chris Collins is a “good and decent man”. Good and decent men commit bad acts all the time. People who believe in good government, the rule of law, the appearance of impropriety, and in the notion that our elected officials should not be colluding to personally enrich themselves through legislative action, should all be demanding a thorough investigation of what transpired here with Rep. Collins and Price.