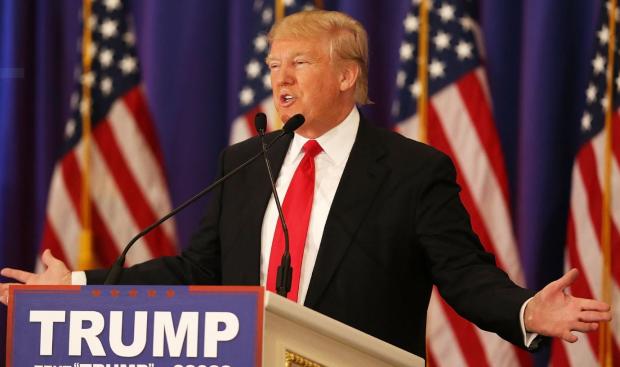 A reading list for prognosticators of the Trump presidency should probably include Henry Kissinger’s 1957 book A World Restored, or at least Robert Kaplan’s sympathetic portrait of Kissinger in The Atlantic magazine a while back. Kissinger has been known to consult with both Vladimir Putin and Donald Trump.

So while Trump critics keep blasting away at him for his patent disregard for facts, rules, and norms, it’s useful to note that maybe Trump’s behavior is not entirely by accident, or due to his alleged psychological defects. Maybe it’s because Henry Kissinger has coached him to let the world know that the United States has a leader who will, like Richard Nixon before him, continually demonstrate ruthlessness so as not to be underestimated.

And so in the spirit of ruthlessness, let’s see how things seem to be shaking out here in the land of the majority of American voters—in which, as New Yorkers, we reside, even if our immediate neighborhood includes the political bases of both US Representative Chris Collins and Buffalo Public School Board member Carl Paladino.

Thanks to President Barack Obama’s 2009 decision to save the financial-services industry even at the expense of millions of moderate-income homeowners, New York State enjoys a robust Wall Street, steady job growth overall, growing gross domestic product in every Upstate metro, and enough tax revenue to give Governor Andrew Cuomo the wherewithal to offer a 2017 state budget that includes initiatives like another Buffalo Billion here and scaled versions of the same Keynesianism everywhere else he delivered his state-of-the-state address.

Cuomo’s investments go Keynes one better, as they are leapfrog bets rather than the old-style makework stuff that were just for stimulus. We don’t need that kind of stimulus anyway, because the Obama recovery in Buffalo-Niagara Falls metro area, as measured by the Bureau of Economic Analysis, is genuine. In inflation-adjusted dollars, our regional gross domestic product was $48.08 billion in 2010, and $50.1 billion at the end of 2015, despite zero growth in population and shrinkage in the workforce. (We’ll have a comprehensive report on this soon.)

Nobody knows what the Trump administration will do, but we have to hope that his policy takes the Hippocratic Oath to first, do no harm.

Be forewarned: Ranting about coal, fracking, and oil-pipelines is about to get loud as President Trump’s cabinet appointees hold forth about fossil fuels, and as protesters organize demonstrations and lawsuits. But here’s the reality: There is no Trump cabinet appointee who can stop the alternative-energy revolution.

Bloomberg energy markets counted $287.5 billion in worldwide new investment in renewable energy in 2016, down slightly from 2015—but down slightly because of two peculiarly positive economic aspects of renewable energy. First, once new capacity is built, it stays built because sunlight and wind don’t run out like fossil fuels do; and second, the cost to produce energy keeps shrinking, requiring fewer dollars per kilowatt-hour of electricity produced.

As in, holy cow, the combination of solar and wind is getting to scale. The Trump administration will not undo what Republicans joined Democrats in doing last year—which was to extend the solar energy tax credit until 2019. And the Trump administration will be hard-put to interfere with offshore wind-turbine farms, of the kind that Cuomo announced for New York and that will soon be installed off Cape Cod, because investors and regulators have already committed.

And now pay attention to where you live: Once again, just as in the early 20th century, Buffalo, New York will be at the center of the technological paradigm-shift for energy-generation and transportation. It is Buffalo’s astounding good fortune that Solar City will begin producing next-generation solar-electricity cells and components here, helped along with a recently announced $250 million infusion from Panasonic, the world’s largest clean-energy product manufacturer.

Overall manufacturing employment here is down, so the creation of 1,400 manufacturing-related jobs in Solar City over the next year or so will steady the leaky ship of high-wage employment. (Trump’s pronouncements on wages have been contradictory, his statements on manufacturing employment unsubstantiated.) The good news for workers in many low-wage occupations in New York State is that slow, incremental increases toward a $15 hourly minimum by 2020 mean that low-wage work is becoming living-wage work.

But big shifts are ahead. We and every other community in the US can expect change in retail because Jeff Bezos got it right when he set up Amazon to sell more than books: Amazon will add 100,000 jobs, but that doesn’t mean 100,000 new retailing jobs overall. It means shuttered storefronts, emptying malls, and a terrifically impactful change on streetscapes in our remaining neighborhoods with commercial strips.

So that’s why we in Buffalo should be attentive in 2017 to promises of commercial development and redevelopment—especially those on Elmwood Avenue, where the traffic has never been strong enough to support major national retail outlets, but just robust enough to allow lots of locally owned shops to make the rent. But higher rents due to major-developer speculation could be meeting a brand-new dynamic due precisely to the Trump presidency and the two-house Republican majority.

No developer of any property anywhere in Buffalo should get a property tax abatement of any kind anyway, but now there’s a new reason: Trump’s promise to eliminate Obamacare. A key feature of Obamacare was federal funding for subsidizing the cost of helping more low-income people get health insurance via Medicaid. Should the Republicans and Trump do what they seem to think will work for them politically, they will shift the cost of healthcare to states—and to counties, because county budgets help foot the cost of Medicaid and of public hospitals. Higher Medicaid bills mean more stress on county budgets. People tossed off health insurance, and priced out of replacement insurance, mean more charity cases ending up at local hospital emergency rooms, which means more Erie County costs. With a stable population and a massive oversupply of habitable commercial and residential real estate, subsidizing developers makes no sense anyway, but now it’s just stupid to make existing property taxpayers foot the bill for developers who want tax breaks when we face footing the bill for Congressional Republicans’ decision to download a cost that Obamacare had federalized.

Or, more simply, Washington Republican plans to give the richest one percent an income tax break will raise your property taxes, so let’s not let our developer-driven local politicians hand out more tax subsidies here, too.

But that’s a policy-wonk approach. Forget Kissinger’s dissertation, the compelling economics of alternative energy, the transformations that have followed steady recovery. This year will be an election year in Buffalo. And the way that public discourse will flow locally in 2017 and beyond will doubtless be shaped by Inauguration Week. It’s already gotten nasty.

Until the president-elect insulted US Representative John Lewis, the racial divide here felt personalized, peculiar to us because of Carl Paladino’s ever-refreshed stream of race-tinged invective. But now Trump endorser and Congressional go-to man Chris Collins has amplified Trump’s belittling of the nationally known Lewis, characterizing his inauguration boycott as the actions of “a spoiled child.” (Lewis, citing reports of Russian interference in the presidential election, questioned Trump’s victory, and told the media that, based on that issue, he would stay away.) Trump reacted harshly. Now business and institutional leaders in downtown Atlanta, Georgia, are irate about Trump having tweeted that their town, Lewis’s town, is “in horrible shape and falling apart (not to mention crime infested).”

Most middle-aged black voters know who John Lewis is. Most middle-aged white voters don’t. But the media circus looks like this: an amplified black-white divide, coming in the week when the customary pieties surrounding the Martin Luther King, Jr. holiday have been largely ignored except on Wall Street and at the US Post Office, both closed.

What will we see in the racial dynamics of the 2017 race for mayor of Buffalo, now that facts, rules, and norms are out the window?

The rules of governing, the new Green Code, policing, lead-abatement, how much gets spent on contractors who kick back campaign cash—ought to matter.

Norms of public conduct, transparency, decorum, that stuff—that ought to matter, too.

The difficult fact for Buffalo, for New York State, and for the Blue States overall is that the behaviors of Trump, Paladino, Collins, and others in the new power cordon have been validated such that they will begin to pop up everywhere. The mega-trends tend to be mute, like forces of geology; nobody will hurl insults at shiny new electric-powered cars, or at solar arrays, or at new state investments that were made possible by a departed president. But we should expect to hear and see more of the male-dominance behaviors, the snorting, the territory-marking, the howling, the bullying—the stuff that hasn’t been condemned here. Not by the Buffalo Niagara Partnership. Not by the leading media. Not by the churches. Not by enough elected officials. So expect more.