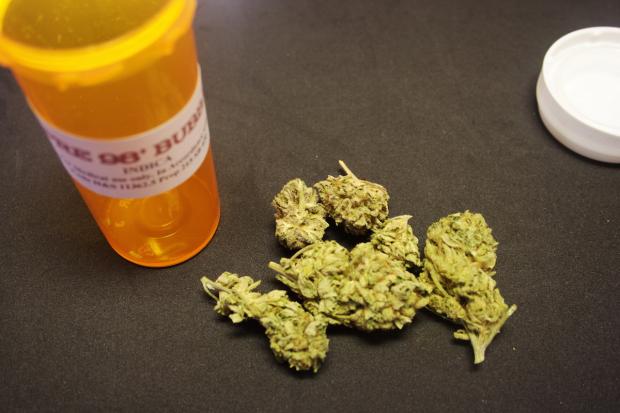 President Donald Trump has pledged to end the growing scourge of opioid abuse.

The president’s attorney general, Jeff Sessions, has paved the way for prosecuting the nascent marijuana industry legalized in a growing number of states.

But the dual federal efforts may be at odds, experts say, citing evidence that expanding access to marijuana could actually help combat the opioid epidemic.

Dr. Julia Arnsten, a professor at Albert Einstein College of Medicine, said at a state Assembly hearing last week that states that have medical marijuana average a lower rate of opioid-related deaths than states without.

She pointed to one study from a 2014 by her colleague Dr. Marcus Bachhuber that showed those states saw about 25 percent fewer deaths in comparison. Arnsten noted the states with medical marijuana programs still had rising deaths due to opioids, but they rose at a slower rate. She added that those findings have since been confirmed by two subsequent studies conducted by different researchers.

Arnsten said that it would appear that patients in states where medical marijuana is available are opting to use that to relieve chronic or severe pain rather than relying on opioid painkillers.

“Avoiding opioid medication in favor of medical marijuana lowers the risk of opioid overdose either because individuals do not progress to opioid use disorder, or they do not accidentally overdose on the opioids prescribed to them,” Arnsten at the Assembly hearing, which centered on whether to legalize recreational marijuana by passing the Marijuana Regulation and Taxation Act, now in its third go-around in the state Legislature.

New York already has a medical marijuana program, which was authorized in 2014. However, the law restricts what it can be prescribed for to a specific list of conditions. Assemblyman Richard Gottfried has introduced legislation that would eliminate that list, but it has failed to advance. Arnsten said that fully legalizing and regulating marijuana would expand access and lead to fewer opioid-related deaths.

According to data from the US Center for Disease Control, New York had ranked fifth in the nation in terms of opioid-related deaths in 2016, the most recent year for which numbers are available. That’s over 3,500 deaths, nearly 1,000 more deaths than in 2015. Erie County, an area hit particularly hard by the epidemic, also saw its fourth straight year of increased deaths.

“While further research is needed from states that have recently enacted legislation policies, there is reason to believe legalization and regulation of marijuana in New York will have a favorable impact on the opioid epidemic and on broader health outcomes,” Arnsten said.

Marijuana not only provides an alternative to opioid painkillers, it is also far safer than even alcohol, according to Dr. Julia Holland of the the nonprofit group Doctors for Cannabis Regulation, who said it relates to 125,000 deaths a year.

“Cannabis doesn’t kill,” Holland said at the hearing. “Unlike alcohol, which is neurotoxic, meaning it destroys brain matter over the long term, cannabis actually can protect against brain injury. … The vast majority of American adults are unharmed by the use of cannabis.”

Sheriff Barry Virts, the incoming president of the New York State Sheriffs’ Association and one of the few naysayers at the hearing, said he feared legalization would worsen the opioid epidemic. But Holland rejected that view of marijuana as a so-called “gateway drug,” saying that the majority of people who use it do not go on to use other illicit drugs.

Dana Beal, a longtime marijuana advocate, said the drug can be used to treat substance abuse. He said marijuana is a “frontline detox” and works better than drugs like naloxone or methadone. However, Assemblyman Michael DenDekker said that currently he is not aware of any study that examines the efficacy of using medical marijuana as a treatment for substance abuse, adding that he would like documentation for people who just “don’t get it.”

New York decriminalized the private possession of small amounts of marijuana in 1977. If the legislation debated at Thursday’s hearing passes, the state would be the ninth in the country to allow legal, regulated marijuana use for adults.

This article first appeared in City & State, a politics and polkicy journal with which The Public shares content.