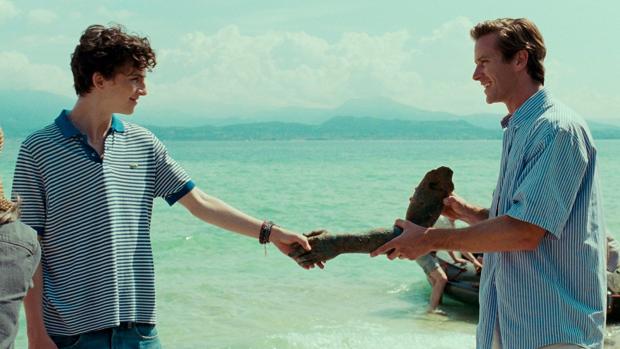 More than 30 years ago, in an afterward to his groundbreaking study of the movie industry’s use and misuse of gay characters and themes, The Celluloid Closet, Vito Russo wrote that he’d decided “that what we need is no more films about homosexuality.” The ones then being made were really for non-gays, part of a weak attempt to remedy Hollywood’s abusive history. Russo said he wasn’t interested in convincing Americans “that…I’m not interested in molesting their dreary children or that the Bible doesn’t really say I’m headed for their world-famous but quite imaginary Hell…The history of the portrayal of lesbians and gay men is politically indefensible and aesthetically revolting.” What was needed, he wrote, were movies that took gay lives for granted.

Decades later, even in the stridently reactionary Trump era, the place of gays in American society is so much closer to being “taken for granted.” Luca Guadagnino’s Call Me by Your Name is a bit of a curiosity now, even though it aims to deliver a liberational message. Guadagnino’s movie is both reflective of the great changes that have occurred in gays’ lives and opportunities, and at least a little anachronistic. Adapted from André Aciman’s 2007 novel of the same title, it portrays a crucial affair between a young man in his 20s and a 17-year-old youth having his first physical homosexual experience. It’s also about the changes in the boy’s heart and mind.

Elio (Timothée Chalamet) is the son of a wealthy, prominent American professor or Greco-Roman archeology (Michael Stuhlbarg) and a rather idle, Renaissance poetry-reading mother (Amira Cesar). The Perlmans, a secularly Jewish family, summer in an ancient villa in Northern Italy. The first words of dialogue in Call Me are Elio’s utterance of “The interloper,” as he gazes from his bedroom window at a man exiting a car below. He’s been fooling around with a girl (Esther Garrel) who has begun to consider herself his.

The alleged interloper is Oliver (Armie Hammer), an American grad student who’s come to the villa to spend six weeks as the professor’s assistant. It’s not clear why Elio should react that way, or if he’s just kidding, but a slightly tense and teasing relationship between the two eventually grows into an intense sexual affair and deep mutual affection. This happens only gradually and hesitantly. The movie’s pacing is leisurely. What must be the mutual tension between the two is often obscured by this slow, interrupted progress. There’s sometimes a languorous feel to Call Me, and this is part of its pull, its seductive appeal. (It may, however, make some viewers impatient.)

Guadagnino and cinematographer Sayombhu Mukdeeprom have created a voluptuously appealing movie, its surface and compositions elegant and compelling. Call Me delivers what cultural critic Susan Sontag once called movie’s “sensual elaboration.” New York Times reviewer Manohla Dargis said the film is “a ravishment of the senses.” Its visual depiction of a glorious natural setting and glamorously picturesque towns and villages is sensuously seductive.

Chalamet is persuasive as the conflicted, exploring youth who learns about himself and others through his affair with Oliver. The actor almost perfectly embodies his character; he’s at once both coltishly graceful and adolescently ungainly, rather than merely pretty. Hammer has a moderately harder chore in personifying an older, more mature lover who finds himself vulnerable to the boy’s desire even as his sexuality is supposed to be more settled. (It was probably a mistake to have him on dance floors so much; he’s not a terpsichorean natural.)

Whatever imbalance there is isn’t critical. What’s more problematic is Call Me’s seemingly deliberate isolation from most of the real world. The Perlmans’ elevated social and economic situation, the setting so gorgeously atypical and almost otherworldly (we’re only told that we’re “somewhere in northern Italy” in 1983) that when, at the end, Guadagnino and script writer James Ivory (Maurice) want to suggest something important about life, love and self-learning, it rings a little hollow.

Call Me has an implicitly softening nostalgic appeal. It’s technically impressive and its entrancements are easy enough to yield to, but its very limited social and historical relevance restricts its attempts at a deepened impact.