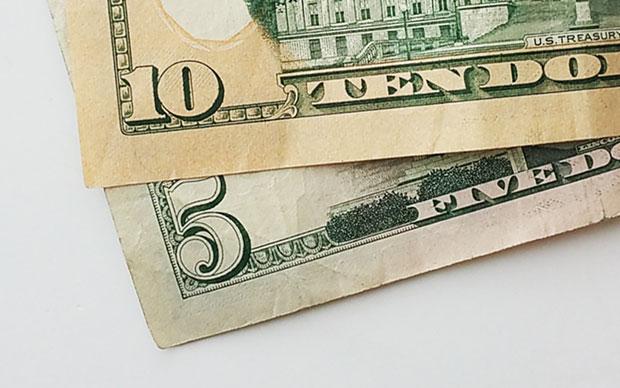 The median household income in New York State in 2013 was $58,003. Half the households in our state made more, half less. That number is derived from everybody whose incomes can be tracked in one way or another, principally by looking at tax returns.

But statewide numbers miss some important distinctions. In Upstate New York, by which we mean everything outside the New York City metro area, we have rich and poor just like in Gotham, but most households are far less well off than there.

A new look at the just-released tax returns from 2013 tells the story starkly, and no more so than in Western New York.

The Upstate-Downstate comparison is useful, but keeping it closer to home, the numbers show that more than two-thirds of everybody filing income tax returns in the counties of Western New York reported incomes below their own county’s median income.

Money shapes politics. The politics of Upstate New York’s rural and small-town areas are the politics of overwhelmingly white, overwhelmingly low-income households that are at the rude end of big trends: deindustrialization, globalization, and, since at least the Great Recession of 2008-2011, a shift toward economic recovery through growth in low-wage jobs that lack the employee benefits and employment security that were part of the picture before.

So what we have in Upstate is a population that earns and behaves politically as if it lived in a Red state.

In Erie County, people who filed returns stating incomes over $200,000 reported almost 24 percent of total income. They amounted to 10,452 households out of the 424,500 that filed tax returns here. If we add in all the filers reporting over $100,000 in income, another 39,183 return-filers, we account for about half of all reported income here. This means that less than 12 percent of the folks here made half the income. All the other people who filed tax returns, more than 375,000 of them, almost 9 out of 10 people here, divided up the rest.

It is no wonder that Buffalo’s metro area has a small but robust luxury-car market, some very elegant restaurants, some comparatively expensive real estate, and other visible manifestations of high-end consumer culture. With over 10,000 households reporting over $200,000 incomes—over 2,000 of those households reported over $500,000 in one-year income in 2013—the visibility of all the behaviors associated with high-income consumers is far greater than in rural counties like Orleans, where there were 124 income-tax returns filed in 2013 that reported incomes above $200,000, out of a total over 17,000. The numbers are similar in Chautauqua County, where the visible high-end consumption is among seasonal occupants, most of whose tax domiciles are elsewhere.

But look again at the middle-income numbers. In every Western New York county except Erie County, more than two-thirds of households report incomes below $49,559. That is the number that economists at the Massachusetts Institute of Technology say is required in order to keep a household of two adults and three children above the poverty threshold.

MIT calculates the costs of housing, food, transportation, medicine, daycare, and other basics for each county in the US. With a median income that is several thousand dollars below what MIT says is a “living wage,” the small-town and rural dwellers of Western New York are in the same boat as the majority of people living in the center-city neighborhoods of Buffalo, Niagara Falls, Jamestown, and Lockport. In other words, the poor rural white folks have much in common with the visible minorities who are concentrated in urban centers.

The numbers of households that are at or below the poverty level should be an eye-opener for every policymaker, even though the cultural and political divide over economic issues has been durable. What has happened in the last year, however, is a dawning awareness beyond traditional Democratic constituencies that income polarization, and income stagnation for the vast majority of workers, are beyond individuals’ power to affect—which helps to explain why the politics of a $15 minimum wage have changed so sharply.

In Erie County, fully 54 percent of people filing tax returns report incomes of under $30,000—which is what a full-time worker making $15 an hour would make if he or she worked 40 hours a week for 50 weeks. That’s not take-home pay: that’s gross pay, before Social Security taxes, before income taxes, and before the sales taxes that every consumer pays on many grocery items, clothes, and gasoline, and before the property taxes that low-wage folks tend to pay as a part of their rent.

The politics of $15 an hour is very straightforward. But these data show that the economics is pretty simple too. Showing the equivalent of less than a $15 hourly wage in half the households in Erie County—and many more than half in the rural counties—demonstrates that the Upstate regional economy is heavily reliant on a low-income marketplace.

But with 50,000 households here reporting over $100,000 in income, and with aspirational consumption being the well-established cultural norm, there is significant push-back against raising the minimum wage.

So notwithstanding the widespread poverty and near-poverty status of rural and small-town Upstate New York families, almost all of whom are white, don’t expect electoral support of Governor Andrew Cuomo or of pro-$15-per-hour minimum wage Democratic challengers for Congress or the New York State legislature in areas where $30,000 a year would be like winning the lottery.

Bruce Fisher is visiting professor at SUNY Buffalo State and the director of the Center for Economic Policy Studies.