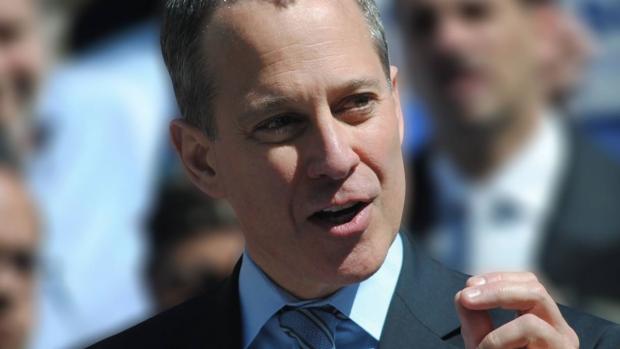 ​Just as this country was trying to dig out from underneath a financial crisis, thousands of debt collection suits were commenced in courtrooms across New York State. These lawsuits included repeated copy-and-pasted testimony and affidavits without merit. Yet the accuracy of these filings remained unquestioned. Until recently.

As part of last week’s settlement with the New York State Attorney General’s Office, Encore Capital Group Inc. is now looking to vacate about 4,500 illegally obtained judgments against New York State residents, worth about $18 million. Encore will also pay $675,000 as part of the settlement. The AG’s Office says that Encore brought lawsuits against consumers after the statute of limitations (a written law that creates a deadline by which to file a lawsuit) had already expired. Encore then won default judgments in cases against these consumers who never responded.

This is not the first settlement of this type. New York State Attorney General Eric Schneiderman has brought multiple actions against debt buyers, too. A settlement was reached last May the Sherman Financial Group, based in New York, and with the PRA Group in Norfolk, Virginia. In those settlements, stale judgments worth nearly $16 million were vacated against New York residents.

Last week, an Encore Capital spokeswoman told the New York Times, “We are pleased to have addressed and resolved the attorney general’s concerns in a manner that supports consumers’ interests.”

Certainly the consumers who were fleeced are not so “pleased.” But Encore Capital has cause to be. According to their own regulatory filings for 2013, they collected $564.7 million in legal collections.  According to the Times, this is up more than 49 percent from 2011. The PRA Group, according to their regulatory filing, collected $80.2 million in just the last three months of 2013. The industry is one of significant profit. Profit that comes at a cost to the consumer.

The 2008 mortgage crisis may be years removed from recent memory but its effects still linger in the empty pocket books of homeowners across the nation.  Lenders were then accused of producing documents by the thousands without ever reviewing the documents for accuracy. That practice, at the base of the crisis then, is the same practice that has caused the consumer debt crisis of today. The sums of money concerned in the consumer debt crisis are smaller than those of the mortgage crisis, but a far greater number of consumers are affected.  Few people show up to fight the lawsuits and the vast majority of them, as many as 95 percent, are issued default judgments. The result of a default judgment is the credit buying companies’ ability to then freeze bank accounts and garnish wages. Many of these consumer cases are filed and closed without any media attention or public focus.

Prosecutors will explain that the problems inherent in these actions stem from the way that the debts change hands. As loans change hands, much of the information required with those loans (payment histories and account statements) often go missing. One New York attorney reports spending over a year trying to obtain the original account statements from a lender that re-purchased a debt that his client allegedly owed. The matter was eventually settled, more than a year later, when that lender finally admitted that they no longer had the original account statements. The attorney’s client’s debt was forgiven.

But what about all the other potential debtors whose account statements are also missing?

The way that debt buyers usually address these missing documents is to produce affidavits, claiming that the outstanding debt is accurate. Much like with the banks that mass-signed lending documents that fueled the mortgage crisis of 2008, these lenders engage in a practice called “robo-signing.”  Sources reveal that debt buyers sign as many as 2,000 of these affidavits daily. The practice is not unusual. It is, however, fraught with concerns.

In the investigation against Encore, Schneiderman’s office found that the employees who signed thousands of these affidavits never verified the accuracy of the information contained therein. It was those affidavits that afforded Encore the ability to win thousands of judgments against unsuspecting New York State consumers.

This last part is a fact that debt collectors have been conveniently forgetting as they kept the lawsuits coming. As part of last week’s settlement, Encore Capital agreed to reform its practices and to alert consumers about the statute of limitations as it applies to debt collection.