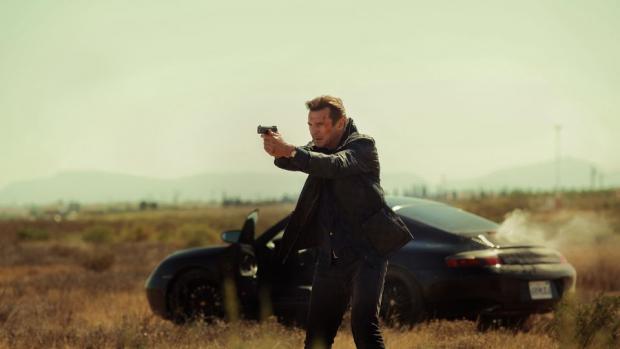 Is there any point in adding another negative review of a universally panned movie that made bucketloads of money in its opening weekend? Probably not, but, well, this is what I do. (Cue college prof. Donald Sutherland in Animal House indignantly complaining to his yawning students, “Hey, this is my job!”)

When the first Taken was released in 2008, reviewers had a field day commenting on what an unlikely but effective action hero 50-something Liam Neeson made. The film was a huge hit, but it was probably due less to the star’s charisma than to the universal appeal of a father moving heaven and earth to rescue his daughter from terrorists. (That he kills dozens of people in this pursuit sadly only increases that appeal: viewers love watching miscreants being slaughtered as long as “they deserve it.”)

You can’t blame Neeson for taking advantage of this new box office appeal while he can, so long as he confined his running around shooting and beating up people in films with serviceable plots: Non-Stop, Unknown. But it was Taken 2 that kept this engine running. And after this newest entry, it’s likely to be back to more sedate fare for the Irish star, who hopefully has invested his earnings wisely.

Taken 3 is less an extension of its predecessors than a remake of The Fugitive, with Neeson as Harrison Ford and Forest Whitaker as Tommy Lee Jones, chasing him around Los Angeles after he’s been set up to look like he murdered his wife. Unfortunately the script offers none of the lively dialogue that Jones had so much fun with, leaving Oscar-winner Whitaker with little to do with his time onscreen other than look dubious about his quarry’s guilt and play with a rubber band.

The problem isn’t so much that it’s predictable as that you simply couldn’t care less about any of it. There’s no real suspense or excitement, just the illusion of them generated by hyperactive editing, endless helicopter shots and shaky camera work.

We know from the pre-credits sequence that Malankov (Sam Spruell) is going to be the bad guy: he has a Russian accent, a bad complexion and (most telling of all) bangs. After he disappears from the next hour of the movie, our attention is diverted to Dougray Scott as the current husband of Neeson’s ex wife. (Who of course is still in love with Liam, but that goes without saying.) Trying to figure out who is the baddest bad guy is a game the script arbitrarily dangles before us; you may as well flip a coin.

A discussion between Neeson and his oft-threatened daughter about the family’s predilection for predictability may have been thrown in as a self-aware joke, but if so it’s at the expense of the audience. Here you go, folks, same old same old, don’t trample each other on the way to the box office. (Though of course after we have your money you’re on your own.)

Taken 3 exists only because the marketing guys decided they could sell a “Taken trilogy DVD box set” next Christmas. It’s sad that audiences are lining up to throw money at this just a few months after largely ignoring Neeson in a pretty good crime thriller, A Walk Among the Tombstones, based on one of Buffalo native Lawrence Block’s novels featuring alcoholic detective Matt Scudder. Those books would make a fine series of films, but it’s not to be. But you know that studio executives are looking at the weekend box office for this one and trying to figure out how they can talk Neeson into Taken 4.