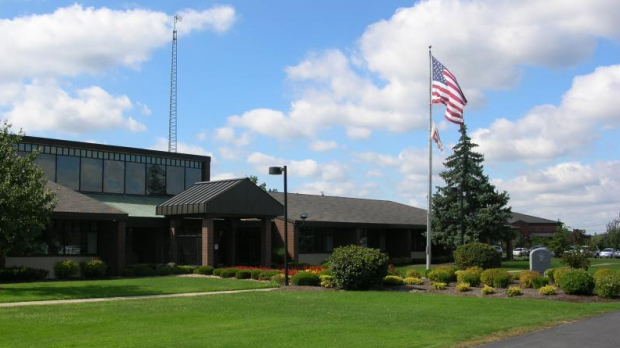 In 2013, Ronald Kucinski, Jr. circulated petitions to run as a Republican for the Clarence Town Board. Apparently, his bid didn’t have the support of the town committee. Kucinski’s petitions were challenged, and thrown out. He was understandably upset about it, and sent a letter to the editor of the Clarence Bee, expressing his displeasure.

So you want to run for office and get into the world of politics? You have ideas, you have guts and the determination?

I gave it a shot only to be defeated by my own party. This is what I found out:

The “good-old-boy network” is alive and well in Clarence. We are fortunate to live in a country where anyone can run for public office. However the political machine here in Clarence does not believe in a Democracy where the residents choose their candidates.

Clarence Republican Committee chair Dan Michnik, incidentally, works at the county Board of Elections. He also picks up a small stipend from the town.

But Kucinski’s wasn’t the only letter the Bee published on the matter.  There was also this one, sent in by Beverly Campochiaro.

How self-serving that a small number representing the Republican Party can dictate whom they want to win, whether or not they are doing what’s right for the town.

This is a democracy, and we are entitled to more. The fact that the Republican Party makes that choice for us is unacceptable.

We had a qualified candidate ready, willing and able to serve the residents of Clarence. But the good ol’ boys were not going to let that happen.

Let’s not look at this upcoming election as party versus party. It’s not about that; it’s the first step to make a change. With each election, we need to get involved and tell our local party leaders enough is enough.

Campochiaro’s letter was arguably stronger than Kucinski’s, and there’s a connection here; Campochiaro happens to be Kucinski’s mother-in-law.

Campochiaro is also a longtime member of the volunteer board of the Clarence Youth Bureau. She helped found it, she’s volunteered for 9 years, she’s a former chairwoman and secretary, and heads up a great speaker’s series. By all accounts, she’s a hard worker, well-liked by the kids and her colleagues, and has never had a problem there.

That is, until her son-in-law tried to run for town office.

The Clarence Town Board is 100% Republican and an all-male revue. At a working session last week, it voted 3 — 2 to not recommend Ms. Campochiaro’s re-appointment to the Clarence Youth Bureau.

Word of this vote got out, and members of the Youth Bureau board and other concerned parties undertook a letter-writing and call-in campaign to change the Town Board’s mind.

It should be noted that the town board maintains a liaison with the Clarence Youth Bureau. Most recently, it was Robert Geiger, who was one of the two “no” votes and who respects Campochiaro’s work. The other “no” vote was from Bernie Kolber, who has strong personal feelings against Campochiaro for her “good old boy” cracks, but nevertheless could not allow those feelings to cloud his judgment or direct his vote. The liaison who served prior to Geiger was Peter DiCostanzo, who was instrumental in this attempt to oust Campochiaro from the Youth Board; a board which, incidentally, already has a vacancy the town can’t fill.

I spoke with Campochiaro earlier this week, and she notes that, once the letter-writing campaign started, and the media began digging, the December 29th vote suddenly became “preliminary”. Councilman Pat Casilio, who voted against Campochiaro’s re-appointment on the 29th told me an email that “no final decision has been made yet”. (Supervisor Hartzell and Councilmember DiCostanzo did not reply to an email sent January 5th asking why they voted against reappointment).

For her part, Campochiaro is aghast over this. She loves volunteering for the Youth Bureau and no one has had the decency to explain to her why it is that her reappointment to the Youth Bureau board, (which already has a vacancy), is being called into question. She says it’s like “defamation of character” to have a sort of scarlet letter around her neck — not convicted or even accused of any malfeasance — yet to be singled out as a disposable troublemaker. There’s not even the typical small town excuse — getting rid of one person to make way for a patronage hack.  After all, the position is unpaid.

Campochiaro believes that this is nothing more than blatant political retribution. She relates a story about a board meeting that was held at the Youth Bureau some time ago, which has 7 student members. There was a discussion held about a speaker who was going to talk about drug abuse among middle school students. Mr. DiCostanzo was the Town Board liaison at the time, and he said, “any kid that carries a backpack is using drugs or selling drugs.”

Nothing was said at the time, but that remark was a shocker. Just about every kid in that school district, after all, carries a backpack, so the comment was either stupid, or a bad joke. Campochiaro later corresponded with DiCostanzo, and chided him for his “inappropriate” remark, reminding him that he’s there to show leadership, to be a role model, and to support the kids and town. She told him that if parents heard what he said, they’d be appalled. DiCostanzo responded angrily — Campochiaro says he “ripped [her] apart in an email”, claiming that it was just a joke. No one found it funny.

Campochiaro contacted Supervisor Hartzell to make an appointment to meet with him about this issue. She soon thought better of it, and figured she’d let it go; she cancelled the appointment. However, Hartzell saw this and called her to find out what the problem was. She told him about DiCostanzo’s remark, and complained that he should be replaced as liaison at the next reorganization. According to Campochiaro, Hartzell was appalled by DiCostanzo’s remark, and at the next reorg, Geiger replaced DiCostanzo as liaison.

In the absence of any other rational explanation, Campochiaro accuses DiCostanzo of exacting his revenge for her son-in-law’s run for office, her letter to the editor critical of the town Republican machine, and for having the Supervisor remove DiCostanzo as Youth Bureau liaison. Incidentally, Hartzell was the third December 29th vote to reject Campochiaro’s reappointment. In the Clarence Bee, Steve Jagord writes,

DiCostanzo denied any personal ill will towards Campochiaro and in an email called into question her personalization of the decision.

“It is not a personal or political thing,” DiCostanzo said. “People who really know me know I don’t let petty politics affect my decision making.”

However, no reason was given for not reappointing Campochiaro. Casilio and Hartzell did not respond to requests for comment in time for this week’s edition.

The Bee also published a strong editorial chiding the Town Board for, in effect, discouraging volunteer participation. The whole thing has a chilling effect.

During the allotted period of public comment on the town board’s reorganization agenda, Campochiaro thanked the board for reappointing her, adding that the last week had been a very trying one for her and her family. Addressing DiCostanzo, who couldn’t be bothered to lift his head or look her in the eye, Campochiaro responded to comment to the Bee, claiming that this wasn’t about personality. She said, “you know and I know that it is.” She hoped, however, that they could put this entire episode behind them and continue the good work that the Youth Bureau does for the town and its citizens.

To this day, however, not one of the three “no” votes has explained himself. Campochiaro is logically to conclude that they had allowed personal animus to influence their duties as town trustees. The smallest beam of light can work wonders.