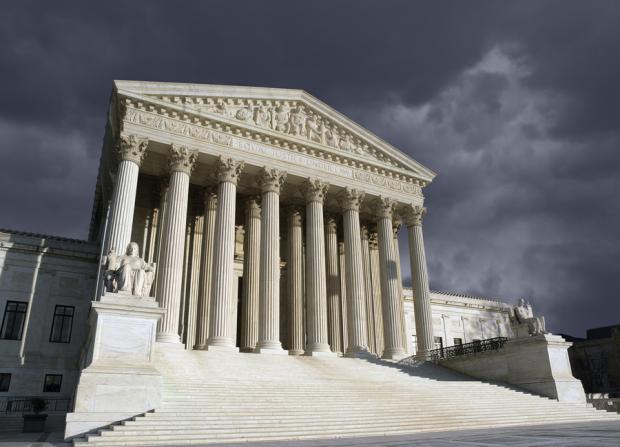 Last week while everyone was distracted with jingling bells, holiday presents, trees and lights, the U.S. Supreme Court quietly slipped down the chimney, stole your cookies and milk, and issued an 8-1 ruling in Heien v. State of North Carolina. In its decision, the Supreme Court has effectively decided that ignorance of the law is an excuse, but only if you are the police.

To understand the decision, we must take a quick drive back to the morning of April 29, 2009 when Sergeant Matt Darisse of the Surry County Sheriff’s Department sat in his patrol car near Dobson, North Carolina, observing traffic along Interstate 77. Now enter Maynor Javier Vasquez with passenger Nicholas Brady Heien, peacefully sprawled out across the back seat of his Ford Escort. Sheriff Darisse, apparently using his astute skills of police detection, documented that he observed the driver to be “very stiff and nervous.” In search of a reason to perform his duties to protect and serve, he began following the Ford Escort, with Vasquez at the wheel and Heien as passenger. When Vasquez applied the brakes for a slower vehicle ahead of them, only the left brake light came on. Unfortunately for all involved, Sheriff Darisse was not well informed in the vehicle and traffic law of his state, which allows for only one operational brake light. Perhaps a little eager to meet his traffic ticket quota for the day, perhaps overly suspicious of the driver’s “stiff” or non-Caucasian appearance, perhaps excited to see some “action” during an otherwise mundane morning, the Sheriff initiated a traffic stop of the vehicle.

What followed the stop was a consent search of the vehicle which revealed, inside a side compartment of a duffel bag, a sandwich bag containing cocaine. Both Vazquez and Heien were arrested. Heien was charged with attempted trafficking in cocaine. Was the vehicle stop legal? Was the search legal? Should the evidence seized be used against Heien? The U.S. Supreme Court answered these questions in a surprise ruling that quietly served to erode our Fourth Amendment protections.

Legally speaking a traffic stop for a suspected violation of law constitutes a “seizure” of a vehicle’s occupants, and Fourth Amendment protections from unlawful searches and seizures duly apply. To justify this type of “seizure” (or traffic stop), officers need to have “reasonable suspicion” (which is an objective qualifier) that the particular person stopped is breaking the law. Driving with only one working brake light is actually not a violation of North Carolina law, so no reasonable suspicion should have existed in the first place.

In this case, however, the Supreme Court ruled that the Sheriff’s mistake of law (believing that having one of two brake lights out to be a violation) was reasonable and did not poison the merit of the contraband found thereafter. The Court has long upheld that officers’ reasonable mistakes of fact (mistaken identity, mistaken address, etc.) can provide sufficient reasonable suspicion to justify a search. Now, the Court expands its definition of reasonable mistakes to include law enforcement’s own ignorance of law enforcement.

Bottom line: It just got a hell of a lot easier for cops to circumvent Fourth Amendment protections. The Court’s jurisprudence stands for the proposition that an officer need not be correct in his belief that a traffic law has been violated (why encourage officers to fully understand that law that they are sworn to uphold?), but instead need only establish that his belief was objectively reasonable at the time.

There is good news in that this decision is limited in its application. There are still mistakes of law insufficient for a finding of reasonable suspicion. For example, if no vehicle or state law statute existed at all, the officer’s mistake that the law was violated would not be objectively reasonable under this decision. If, for example, a person does not violate the plain language of a statute, a mistake of law also would not be objectively reasonable. (When, however, is the law ever written in plain language?)

This decision seems to deepen the ever-growing divide between our citizens and the police. It appears to erode not only our constitutional protections but our trust in law enforcement. Justice Sotomayor was the sole dissenter. She wrote, if officers are free to interpret the law, “one wonders how a citizen seeking to be law-abiding and to structure his or her behavior to avoid these invasive, frightening and humiliating encounters could do so.” The take away? When transporting serious weight, follow all traffic laws; even the ones you don’t know are laws yet.