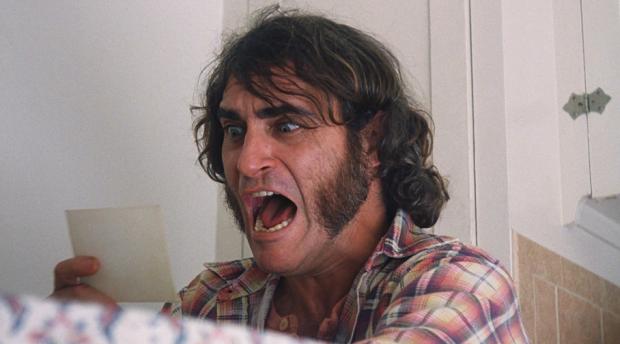 It’s easier to say what Inherent Vice isn’t than what it is.

Of course it’s a movie based on a novel by Thomas Pynchon, the first ever film adaptation of his work, but that doesn’t tell you much, as his densely contrived fiction is not the kind of stuff that sends you away thinking, “Damn, that would make a great movie!” Published in 2009, it is in many ways Pynchon’s most accessible novel: a detective story set in Los Angeles at the end of the 1960s.

To call it, and this film by Paul Thomas Anderson, a parody would set you off in the wrong direction: Austin Powers it’s not. Nor is it an elegy to the hopes and ideals of the hippie years (though if that idea appeals to you, try to dig up a copy of The Big Fix from 1978 starring Richard Dreyfus). If Anderson has any interest in recreating the 1960s (he was born in 1970), it shows in only the most perfunctory ways.

The closest thing you might compare it to is the Coen Brothers’ The Big Lebowski, which also borrows liberally from the Raymond Chandler playbook in the interest of indulging the filmmakers’ varied interests. Inherent Vice is also likely to become a cult film, though I’ll guess with a substantially smaller cult than those who toast The Dude with their White Russians.

Pynchon has always been a fan of conspiracy theories, so the standard framework of detective story seems perfect for him to go slumming with. The book and film both open in a way that couldn’t be more classical: private investigator Larry “Doc” Sportello (Joaquin Phoenix) is visited in his office by the lover who jilted him  years ago, Shasta Fay Hepworth (Katherine Waterston) She asks his help in investigating a plot by the wife of her rich new boyfriend to have him declared insane. Shortly after this meeting, Shasta disappears, which really gets Doc’s attention.

Well and good. From this point, we expect Doc’s digging and poking to unravel a story of increasing significance. At the very least we expect a bigger story to unfold regardless of Doc’s efforts. He is, to say the least, a piss-poor P.I., usually too stoned even to understand what the people he talks to are telling him. (Occasional glances into his notebook confirm this.)

But while the story expands and changes, it doesn’t really get bigger. A biker murder at a strip joint leads him to an organization called the Golden Fang, which may be an international drug smuggling operation or simply a front for some partying dentists (including a very funny Martin Short). Mix in a musician (Owen Wilson) who is supposed to be dead, a teenage runaway, some FBI agents working at cross-purposes, and a local cop (Josh Brolin) nicknamed “Bigfoot” for his door-stomping technique, and what do you have?

Damned if I know. Anderson has described it as (among a whole lot of other things) his version of a Cheech and Chong movie, and it’s clearly imbued with a pothead mentality. It may expose my own limitations for saying that I kept expecting all this to go somewhere, but if you share that bourgeois flaw with me let me warn you that it doesn’t.

That’s not to say that there isn’t an awful lot to like about the movie at any particular moment. There’s an utterly pointless scene of Brolin eating a frozen banana that made me laugh out loud. The opening meeting scene, with its carefully orchestrated sunlight and the look on Doc’s face as he sees Shasta for the first time, are gorgeous. Jonny Greenwood’s score is lovely, even if it seldom sounds like anything you might have heard in 1970 (the point, I presume.)

But too much of it feels haphazardly stitched together from pieces of the book. (If you haven’t read it, there are a number of jokes you’re unlikely to get.) Anderson is at his best when he stays focused on a small number of characters: The Master, There Will Be Blood. With a cast this size, his attention gets diverted and hopelessly diluted. There’s nothing here that Robert Altman didn’t do more effectively and in his 1976 adaptation of The Long Goodbye, a film that rewards repeat viewings more than I suspect Inherent Vice will.

Watch the trailer for Inherent Vice: