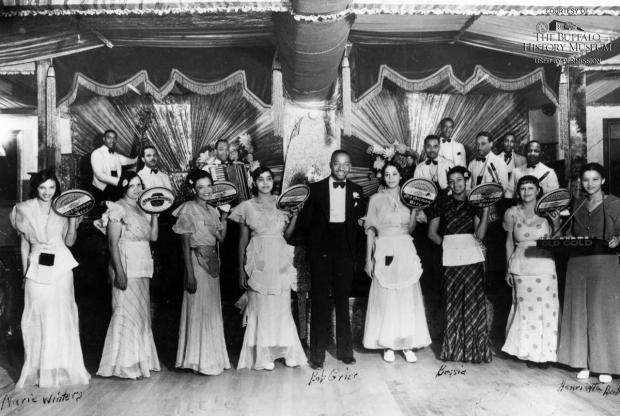 Courtesy of The Buffalo History Museum
by
The Public Staff
/ Jan. 7, 2015 1am EST

New York had its Cotton Club, Chicago its Grand Terrace, and New Orleans its Preservation Hall, but in Buffalo, the preeminent place to experience great jazz during the Great Depression was Ann Montgomery’s Little Harlem. The Little Harlem, 496 Michigan Avenue, was part of the “jazz triangle” that included the nearby Club Moonglo, Vendome, and still-active Colored Musicians Club—a few of the dozens of jazz clubs that once existed in Buffalo.

Ann Montgomery, a local African-American icon, started the business as an ice cream parlor in 1910, a billiard parlor in 1922, and a supper club in 1929, before establishing it as a cabaret in 1934. The Little Harlem was a freewheeling joint that welcomed black and white, straight and gay, gambler and call girl. Jazz greats such as Lena Horne, Sara Vaughn, Billie Holiday, Cab Calloway, Bing Crosby, and Count Basie all played or stayed there.

In 1993, four years after its purchase by former chief city judge Wilbur P. Trammell, the Little Harlem—much of its Deco interior still intact—was the victim of a suspicious fire, and demolished by the City. 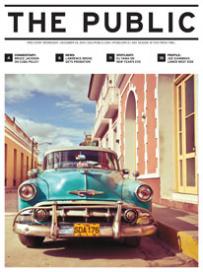