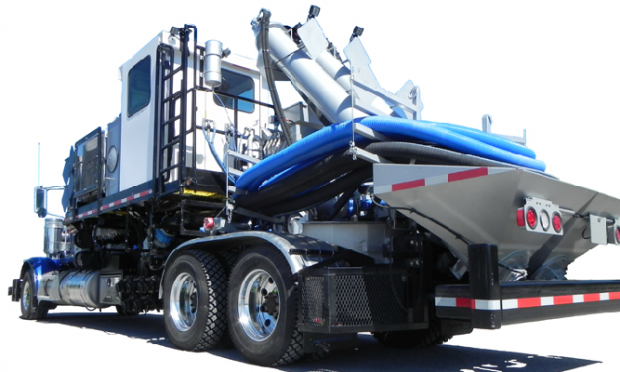 In late 2014, Governor Andrew Cuomo banned horizontal hydrofracking in New York State. While this will likely have some unknown, untested economic downside, it will eliminate the risk of environmental damage or catastrophe. This is a good thing, on balance. Not everyone is pleased, however. Consider this “Another Voice” in the Buffalo News. To call it concern-trolling is kind; it is an appeal purely to emotion. Rush Limbaugh or the editorial board of the New York Post couldn’t have written anything better, and the only thing missing is an “Il Duce” reference to Cuomo’s Italian heritage, and some sort of irrelevant side-swipe at the NY SAFE Act. We begin with ad hominem attacks on “Ithaca” and “Park Avenue”(?) liberals, who would be the caricature, I suppose, of the typical anti-fracking, pro-environment activist.

New York’s hardened anti-hydrofracking environmentalists are whooping it up! The hills of Ithaca and the lowlands of Park Avenue are alight with joy. Like-minded billionaires in California have joined the party, too. Their investments are finally paying off. With the help of well-placed funds and attention-grabbing headlines, they have moved an entire political system into their self-serving camp. No wonder they are calling New York’s continued moratorium on fracking a huge victory. And it is. It is a huge pyrrhic victory.

I’m wondering what is “self-serving” about wanting to protect our shared environment? What is “self-serving” about wanting to avoid, e.g., the public cost of cleaning up some sort of environmental disaster? Isn’t that the opposite of self-serving? Is there some direct, pecuniary benefit that Ithaca or Park Avenue derive from a fracking ban? There’s a lot of “pity the poor oil companies” going on.

Let’s break it down into winners and losers. The progressive elites in New York’s well-heeled communities win. But why shouldn’t they? They have a long history of winning. Nuisances like the truth have no place at these heights.

Every time this author references “progressive elites,” I’m suspecting he’s too geographically ignorant to know that “Park Avenue” isn’t what he was looking for. He’s imagining this stereotype, as Woody Allen described in Annie Hall: “New York, Jewish, left-wing, liberal, intellectual, Central Park West, Brandeis University, the socialist summer camps and the, the father with the Ben Shahn drawings, right, and the really, y’know, strike-oriented kind of, red diaper…”

More and more, this game of shutting down oil and gas development is done at the pleasure of the rich. They are pulling the strings from the shadows. Some are, no doubt, good people with good intentions, but many are using their extreme wealth to blur the lines in a war they are waging on the prosperity and well-being of America and Americans. Then there’s the Hollywood crowd, many of them unfamiliar with the ivy walls of higher education but fabulously wealthy nonetheless. They jet into events on private planes, dumping carbon onto the rooftops of the less privileged. In brief, these are the winners. And that’s OK, because they are already winning at the game of life. They should win. But this time their victory has come at our cost.

So, the people who are opposed to hydrofracking are the wealthy “Park Avenue” crowd, and the wealthy “Hollywood” crowd. I suspect that the author is referring to Mark Ruffalo, who is a vocal fracking opponent who also happens to live in New York. In fact, his interest in fracking came in reference to land his family owns in upstate Sullivan County. So, you know, substitute “Callicoon” for “Hollywood”, and you’re on the right track. Notice, however, the glaring omission of any evidence — even a mention — of the way in which these rich caricatures benefit in any way from a fracking ban. Instead, we have this appeal to what someone on the right would typically call “class warfare”, if the shoe was on the other foot:

Now for the losers. That’s you and me. That’s the farmers who saw their neighbors to the south in Pennsylvania collect fees of up to $5,000 an acre and royalties of close to 20 percent on $7 million wells. They won’t be sending their children to the same universities as the Cornell crowd. There is no moneyed legacy in these battered little towns and rural communities. They don’t have a voice. So in this case the well-heeled progressive crowd was able to do what the powerful always do – crush the less well off.

It’s not “you and me”. I’m not a fracking “loser” here, because I was never slated to collect any fees or royalties on my property. Chances are you weren’t, either. Furthermore, because fracking is allowed in states that have analyzed the relative costs and benefits of that extraction method and reached a different conclusion, I actually get the benefits of cheaper natural gas without the potential environmental difficulties. Sounds to me like a win/win for New Yorkers who are not directly affected by dint of location.

So, some hypothetical farmer in the Southern Tier won’t benefit from a huge petro-windfall of cash money, and we’re going to throw shade at Cornell — sorry the “Cornell crowd”? Furthermore, what’s absolutely astonishing about this editorial’s use of class warfare is the supposition that all of these super-wealthy pointy-headed nerds at Cornell, alongside the Hollywood and “Park Avenue” communists conspired to shut out the poor, lowly oil companies. If only these oil and gas companies could come close to competing with the juggernaut of Ruffalos and Finger Lake eco-nerds!

There are 62 hydrofracking operators in Pennsylvania, and that they have racked up 3,880 violations resulting in almost $6 million in fines. For instance, there have been 141 violations since 2009 for “discharge of pollutional material into waterways of the Commonwealth”. How dare these New York liberal elites fight for clean water! Furthermore, Pennsylvania is unique in that it refuses to tax natural gas production in the state. It imposes some drilling fees,

But revenue generated by the fee has not kept pace with production. Gas pulled from the ground in Pennsylvania doubled from 2011 to 2012, soaring from a yield of roughly 1 trillion cubic feet the first year to more than 2 trillion the next. Yet the flow of money from the impact fee actually decreased in that same interval. The state brought in roughly $204 million from the fee in 2011. The following year, revenue dropped to $202.5 million. Between 2012 and 2013, revenue from the fee increased by 11 percent, jumping to a record high of close to $225 million last year. But the leap was significantly smaller than the overall rise in production. Natural-gas output increased by more than 37 percent in the same period, when it rose to 3.1 trillion cubic feet, according to Pennsylvania state estimates.

It’s safe to assume that, had New York permitted this sort of fracking, it’d have taxed the crap out of it. But our Park-Avenue-and-Cornell-hating correspondent argues that the poor loser farmers in the Southern Tier were the out-spent victims of professors and rich Park Avenue Hollywood types.

But if 2013 natural gas production in Pennsylvania reached 3.1 trillion cubic feet, presumably these companies — the implication being that they’d jump right into production in the Southern Tier of NYS — could have used a tiny bit of their revenue to advocate for people and policies that would have brought about fracking? Are the poor gas companies too impoverished to help out these downtrodden farmers who are losing out on millions in royalties and leases? Natural gas is traded on the NY Mercantile Exchange in $x per million BTU. If you take that measure and multiply it by 1.025, you get the price per thousand cubic feet. Right now, about $3.10/mcf. So, 3.1 trillion cubic feet is worth about $3.17 billion right now. Surely, the poor, downtrodden farmers could have benefited from some of that money being thrown around to, say, elect Rob Astorino, right?

So now that Gov. Andrew M. Cuomo has talked the talk, will he walk the walk? In this case, he would personally stop using carbon-based fuels, since he is disallowing the production of them. He would ask his friends to park their planes and dock their yachts. He would not want to be seen as a taker. He would shut off the heat in his house. He would eat cold food. He would start walking foot trails only (after all, pavement is carbon-based, too).

This is some fundamentally stupid bullcrap; an argument by 14 year-old would be embarrassed to proffer. So, if someone who lives in Westchester County opposes nuclear energy, they should take themselves off the grid? Andrew Cuomo isn’t a hypocrite if he bans fracking and uses fossil fuels; he’d be a hypocrite if he banned fracking while owning land where fracking wells were present. All the Cornell professors need to “park their planes and dock their yachts”? Why the hatred against the wealthy, son? I mean, should an Obamacare opponent quit his health insurance and use cash for all doctor’s visits? My tax dollars go to pay for things I disagree with on a daily basis. Do I move to Monaco and renounce my citizenship, lest some dummy call me a hypocrite in the Buffalo News?

Anything less and Cuomo could paint himself as a phony. That would not bode well for his political ambitions, at least for those of us who believe that politicians are capable of the truth.

I get the distinct impression that this writer’s concern with Cuomo’s “political ambitions” is disingenuous, don’t you? What about that author, by the way?

Dan Doyle is president of Reliance Well Services, a hydraulic fracturing company based in Pennsylvania.

Because of course he is. Reliance Well Services is based in Erie, PA and counts Chautauqua, Alleghany, and Cattaraugus Counties as being within its territory. It operates “frac trucks” which are used to support drilling activities. Presumably, opening up the three NYS counties closest to Erie, PA to fracking would have resulted in a professional bonanza for Mr. Doyle and his company. Mr. Doyle throws shade at Cornell professors and downstate activists for acting out of “self-interest” without defining or backing up that allegation in any way. He invokes the poor, downtrodden farmer as the real “loser” in this scenario, and demands that Governor Cuomo revert to a 18th century way of living for refusing to open up NYS land to hydrofracking.

But in the end, the only one with “self-interest” is Mr. Doyle, who couldn’t be bothered to simply be honest about the fact that Governor Cuomo dealt a blow to his business plan and bottom line. Pennsylvania may have a great need for the revenue that fracking delivers (despite the fact that its tax and regulation scheme leaves a lot to be desired). New York State coffers can rely on other, dependable, renewable sources of tax revenue to help keep it afloat. (See Wall Street, e.g.) The NYS unemployment rate stands at 5.9%. In Pennsylvania, it’s 5.1%. Seems to me like New York can do ok without fracking. Perhaps some future governor will disagree and open the state up to fracking. But for now, we’ll be ok.