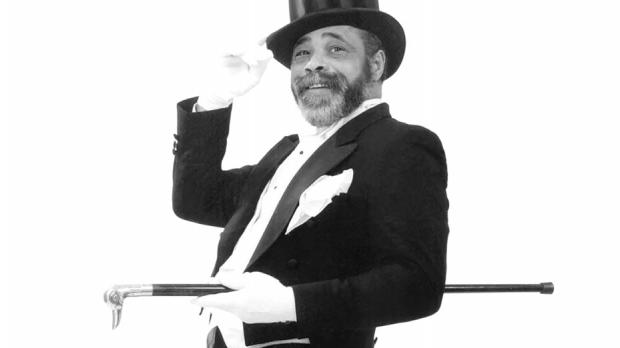 “I saw a comment thread on a Buffalo News piece calling for a bronze statue of Lance Diamond outside Milkie’s, and I add my heart to the sentiment. A statue would memorialize Lance, but it would also memorialize everybody who saw him on a Saturday night, because there was almost no separation between the stage and the audience. Every person in attendance would get a wink, or a fist-bump, or an arm around the shoulder. When he was on the mic, there was an impossible mixture of celebrity and intimacy, and it brought the room together in the feeling of sharing a special night. You were there in a little lounge in Buffalo, NY, and there nowhere else you would rather be. I think the first time I ever really danced was because of Lance. The man was a love machine. Pure hometown heart. Buffalo is richer thanks to him and all the memories he made.”

“When Lance was named one of the coolest people in Buffalo (this was less than 12 months ago) I asked him what makes a person cool. He said “People can make you cool, man. It’s all in how you carry yourself.” I think it was that and the dozens of loud suits he owned. He told me he owned enough suits to dress the Buffalo Philharmonic Orchestra.”

“The best thing was the joy that everyone got out of him almost more as an idea than as a person; people loved the idea that there was a ’70s-style lounge with a ’70s-style guy with a ’70s-style dedicated night. It was like Elmwood lore that people who hung out and went to shows knew about but if you didn’t, you didn’t. Kind of like a little entertainment industry secret.”

“Lance was outside the Elmwood Lounge at a table at ten in the morning in the sunshine reading the paper, when a friend of mine and me walked by. My friend and I were talking about fighting with our parents. We had danced a few times at Lance’s shows, he was a bit of a superstar to us, so we said hi. He chimed right in, no hesitation, and said you can’t fight with your folks. That you have to love them. His meaning was clear, we had to squash it, but he didn’t use that word. He made it seem universal, larger than us, that it was necessary to love our parents, no matter what, and not fight with them. My friend and I dug the advice, especially because he was so willing to enter into a philosophical conversation so quickly. We definitely agreed it was a little magical moment. We said thank you, and goodbye, and he continued to read his paper alone in peace.”

also i saw him watching me do wild stand up at milks once and that made me feel great too. I wish i would’ve spoke with him more”

“That Coincidental Hour coincidentally was (sadly) my last chance-Lance encounter. Such a nice guy. Always really supportive of whatever bookings were going on at the Lounge/Milkies, curious as to what was in store for the evening.. As much as he loved the spotlight he was also an eager spectator/observer. I liked that about him.”

“Lance Diamond was filled with spirit, soul and love. He had the magical ability to always bring a crowd to their feet and always made everyone feel beautiful. I was amazed to watch him eat, talk and sing about chicken wings for national television in one of his finest suits without getting a drop of sauce anywhere — not even on his chin. He is, and will always be, truly larger than life!”

“I remember Lance as a genuine positive force. He understood the importance of making other people feel special. His charisma turned the spotlight on those around him and made everyone in his orbit glow a bit brighter. Its a lonely world out there. Lance made you feel like you were on top of it.”

“What’s on my mind? Missing the ones out love, the passing of Lance Diamond, Elmwood Lounge. Sitting outside, summer & spring–I walk by, get a big kiss–that corner will never the same.”

“A little over 4 years ago The CPX played a gig at Elmwood Lounge, after Lance Diamond’s set. After he was done, he changed his clothes and hung out for our set. Once we had finished, he came up to me and told me I had a lot of energy and was a good frontman for this band. He gave me a note on a folded sheet of paper, and all it said was — “George Clooney’s character in O Brother Where Art Thou?”. It was kind of odd, but hey, it was Lance Diamond so who am I to judge? Now fast forward 4 years and I have a son, Everett. What was Clooney’s characters name in that movie? Everett. I think Lance Diamond subconsciously named my son.”