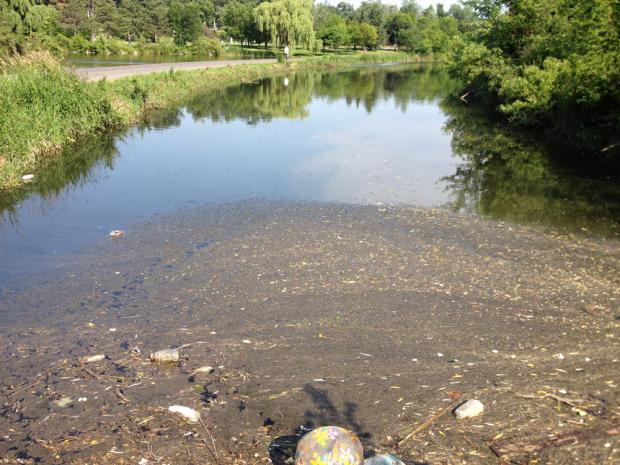 State funds to restore the badly polluted Scajaquada Creek are beginning to trickle in.

The Buffalo Sewer Authority learned last month that it will get a $1.8 million grant through the Environmental Facilities Corporation to improve the water quality of Scajaquada Creek near Forest Lawn Cemetery. The work includes dredging sections of the creek in the cemetery to remove chemical pollution and wildlife-killing botulism toxin. Other work involves flood-control projects from Main Street to Elmwood Avenue and restoring wetlands near the creek to further filter pollutants.

The project is the culmination of three years of studies and design work by the Buffalo Niagara Riverkeeper, US Army Corps of Engineers, and Forest Lawn Cemetery.

“This is a timely announcement that will help catalyze future restoration throughout the Scajaquada watershed,” said Jill Jedlicka, the executive director of the Buffalo Niagara Riverkeeper.

In addition, the Town of Cheektowaga gets an $80,000 state grant to investigate solutions to sewer overflows in the northern part of the town.

The state grants are part of the $83.9 million in awards for 125 different projects announced before the holidays by the Cuomo administration’s Western New York Regional Economic Development Council.

The sewer systems in Cheektowaga and Buffalo spew more than a half-billion gallons of sewage mixed with stormwater into the Scajaquada each year.

While this is progress, actually reducing the amount of sewer overflows that reach the creek will require a lot more money.

For example, the Buffalo Sewer Authority’s $380 million citywide remedial work plan includes $91 million for improvements that will significantly reduce overflows into Scajaquada Creek. But the big-impact projects aren’t scheduled to be finished for 12 to 15 years. In addition, engineering reports estimate that Cheektowaga needs $53 million for sewer infrastructure repairs townwide over the next decade, most of which will benefit Scajaquada Creek.

Securing that additional money will be a little easier now that the creek is listed on the Niagara River’s “Area of Concern,” a federal designation for environmentally damaged waterways. This means the creek now qualifies for federal funding similar to the Buffalo River cleanup project.

Panelists include Reverend Darius Pridgen, pastor of True Bethel Baptist Church and president of the Buffalo Common Council, and Henry L. Taylor,  a University at Buffalo professor in the Department of Urban and Regional Planning and the founding director of the Center for Urban Studies.

The luncheon starts at noon at Osteria 166, located at 166 Franklin Street. Tickets are $25 ($10 for Investigative Post members) and can be purchased online at InvestigativePost.org/events.

Other upcoming events include: