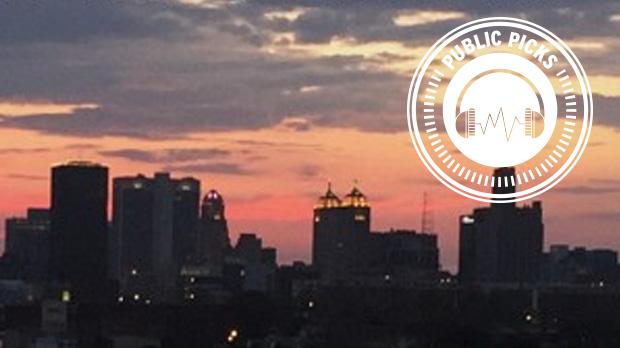 Jeremy Jermaine Jerome, a.k.a. Just Ending Now, has returned with a new track titled “Cycle,” produced by Andrew Esposito. The track begins with rolling drums which reveal a pulsating synth at their core. Jerome’s mystical lyrics are, as usual, at the center of the piece, vocals high in the mix, relenting only to Esposito’s skilled digital jam-outs.

Buffalo’s Mic Excel and ex-pat Mario Bee have collaborated on a new record, recently released on Soundcloud. The record, titled God Save the Queen, features production from Mario Bee and vocals by both Mic Excel and Mario Bee. The record shifts from is a hazy, high-hat-heavy trap to hypnotic hip hop, and back to faded cloud rap punctuated by cut scenes from the Vincent Gallo film, Buffalo 66.