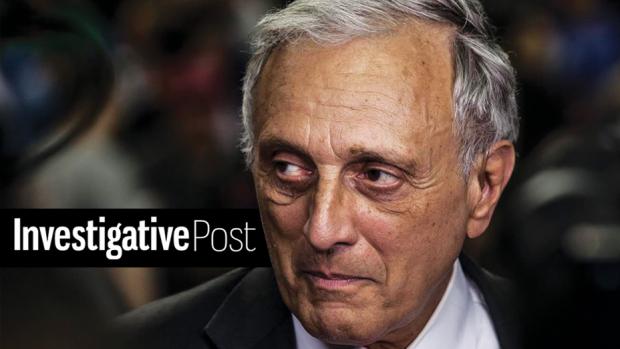 I’ll be among the first to tell you how loathsome Carl Paladino is.

In fact, I have been among the first.

When I reported for the Buffalo News I wrote stories that revealed Paladino for what he is:

For my efforts, I earned a spot as one of Paladino’s enemies on a billboard along the Thruway.

I took it as a compliment.

With Investigative Post, I documented Paladino’s hypocrisy in labeling others as RINOs (Republicans In Name Only) when he continued to contribute to numerous Democrats. In the course of doing the story, Carl hung up on me. Twice.

And just last week I said it’s time the community shun Paladino for his despicable comments in Artvoice.

I haven’t heard from him since, I guess he’s been busy concocting “the dog ate my homework” stories to explain his (mis)conduct.

All this said, I am dead set against the move afoot to have state Education Commissioner MaryEllen Elia remove him from the School Board. Advocates for his removal are citing a Board of Education policy and asking Elia to fish around state education law for something that might apply.

Board policies and education law are all fine and well, but there’s this little thing called the First Amendment of the United States Constitution that supersedes, well, anything else in the land.

As someone who owes his professional existence to the First Amendment, I can’t help but think that way. And as someone who lives in a democracy, you should, too.

As Voltaire maintained: “I disapprove of what you say, but I will defend to the death your right to say it.”

Or, as George Orwell put it: “If liberty means anything at all, it means the right to tell people what they do not want to hear.”

Oscar Wilde’s take on free speech might be most applicable in this case: “I may not agree with you, but I will defend to the death your right to make an ass of yourself.”

Demand his resignation, as many rightfully have.

Talk to him in a language he understands by boycotting his businesses.

Picket his house, although don’t expect the sidewalk will be shoveled for you.

Appeal to the appropriate legislative body to provide for the recall of School Board members through electoral means.

Or, taking a long view, make sure Paladino, should he run for the School Board again, face a better candidate than a high school student who can’t seem to stay out of trouble, as was the case in his last election.

Or maybe ask this community’s business and political establishment to stop playing footsies with him. We haven’t heard from many of them in the past week, aside a few who have a history of taking his money (Mark Poloncarz) or renting office space from him (Sean Ryan).

Do any, all or none of the above. But leave his, and your, First Amendment rights alone.

Think about it. We have a president elect who displays authoritarian tendencies. For example, Donald Trump has already said those who exercise their First Amendment rights to burn the United States flag should be punished. Never mind that the Supreme Court has upheld such activity as legal.

Do those on the left, right or center—especially at this point in history—want to embrace the concept that offensive speech should result in removal from public office except by the ballot?

To those who are urging the state education commissioner to remove Paladino, I say: “Be careful what you wish for.”

Jim Heaney is founder and editor of Investigative Post, a nonprofit investigative journalism center focused on subjects of interest to Western New Yorkers.