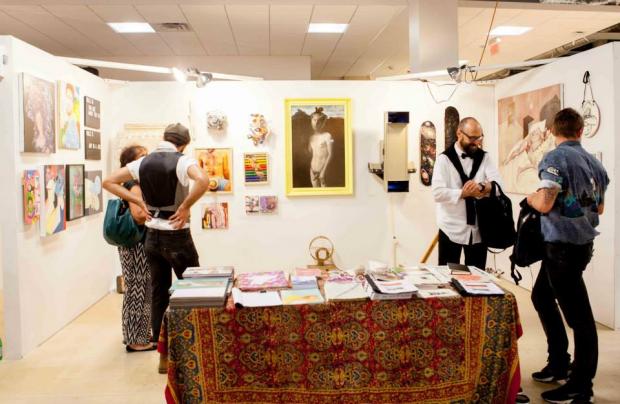 Entering its fifth year, the Echo Art Fair has endeavored to enter new territory. Change of venue to the American Axle Plant on East Delavan is one wrinkle, and a hike in booth fees for artists has been another. For artists trying to make the cost-benefit analysis work a little better in their favor before committing to the fair, there’s been a break of good news.

Concerns over the expense of renting a booth for the weekend fair, which will take place from May 13-15, prompted organizers to find a creative solution to keep the fair accessible to local artists. Echo posted to its Facebook page in December that 75 percent of its applicants came from artists and dealers from outside the Buffalo area.

“It is critical that echo Art Fair remains accessible to Western New York artists and galleries,” Echo stated in a press release. ”While we are excited about the growth of the fair, which is, in part, manifested by the increase in submissions from outside the Western New York region, it is important to provide a solution that meets the needs of the local constituency.”

With the news of the sponsorship, Echo also extended their submission deadline to January 15 (click here for more information).