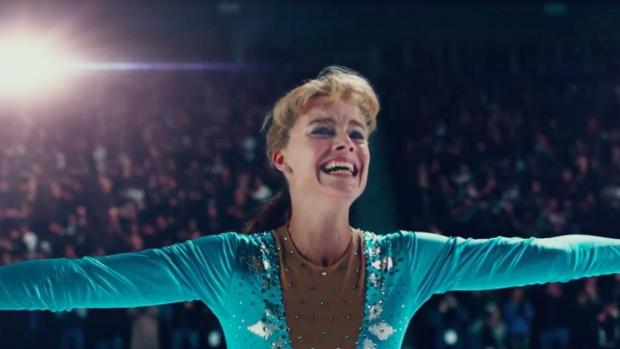 To anyone who approaches the popular media with an objective eye, the last year or so has produced one clear lesson: Truth is an elusive concept. It’s hard enough when those telling a story do so with good intentions, as any student of history knows: Read any three books on the same topic and you may feel that you know less about it afterward than you did when you started. But when those with a pipeline to the public feel no compunction about lying to meet their goals, it’s staggering how quickly chaos can ensure.

The way that movies contribute to this is perhaps more banal than evil. Films recreating real people and events always have to leave out important aspects. The simple justification for this is length—you can only have so many details in a two or three hour film—but it’s really a matter of clarity: A film is made with a perspective on a story, and facts tend to muddy that.

Craig Gillespie and Steven Rogers, respectively the director and writer of I, Tonya, were clearly aware of all this as they set to work on their movie about skater Tonya Harding, an Olympic hopeful whose career came to an end in 1994 after an assault on her rival Nancy Kerrigan. The attack, intended to break Kerrigan’s leg and remove her from competition, was tied to associates of Harding’s ex-husband, Jeff Gillooly. She was found guilty of hindering the prosecution and thereafter banned from professional skating.

Though the story is less than 25 years old, a lot about it remains cloudy. The public perception of it, formed by sensationalistic media reports (it was the dawn of the tabloid era of TV news), varies wildly: There are people who “remember” that Harding herself took a police baton to Kerrigan’s legs. And, as Rogers discovered in interviews with people connected to the case, even the principals offer differing accounts.

So the film is introduced as “Based on irony-free, wildly contradictory and totally true interviews with Tonya Harding and Jeff Gillooly” and presented with an aim to tell the stories rather than the story.

Whatever the exact details of “the incident” (as all involved tend to think of it) were, I, Tonya is most successful in portraying the deeper reality of Harding’s career, as a hard-luck outsider who didn’t fit the image of the fairy-tale princess that women’s skating wanted to present. If the young Tonya looked, in the words of her trainer, “like she chops wood every morning,” it was because she did. Raised in a trailer in Portland, Oregon by an abusive mother, Tonya performed in handmade costumes to hard rock tunes.

Not that the movie coddles her: If she is endearing for refusing to bend to expectations, it seems likely that she couldn’t have done so if she had tried. The filmmakers present this story with the dark humor of Fargo and a lot of Goodfellas narrative structure, in which competing narrators stop the story to address the audience.

Margot Robbie doesn’t much resemble the real Harding but plays the role with gutsy brio. She does much of her own skating, though you’d be hard-pressed to pick out the moments that aren’t her—quite an accomplishment given that Harding was, whatever her flaws, a very skilled athlete. Allison Janney nearly steals the film as mama LaVona, who as a mother makes Joan Crawford look like June Cleaver.

Gillespie and Rogers’s use of humor make entertaining what is essentially a grim tale. The fact that audiences would be unlikely to sit through Harding’s story otherwise may not quite justify it, though they aim for a higher moral perspective by having the characters note in several places that the audience, who ate up all those tabloid reports, is complicit in their suffering. It’s an odd complaint to make against a movie that it doesn’t make viewers as uncomfortable as it should have.